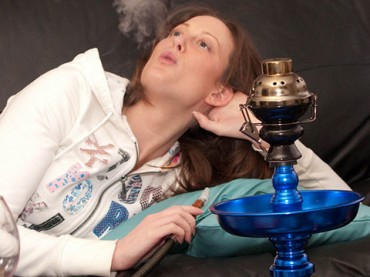 COLUMBIA, Mo.—Students can legally vote, purchase handguns, join the military and be tried as an adult at the age of 18.

But according to the political elite in Columbia, the home of the University of Missouri, 18 is too young to buy a pack of smokes. And it’s not just Columbia.

The Columbia city council voted 6-1 earlier this month to increase the legal age to purchase tobacco products to 21. The ordinance also restricts the purchase of e-cigarettes and chewing tobacco.

The new law has angered Columbia residents and MU students alike: Opponents have launched three petition referendums to scuttle each part of the law.

Petitioners have until Jan. 5 to collect the signatures of 3,209 registered voters to force the council to reconsider its decision before putting it to the voters.

Columbia First Ward Councilwoman Ginny Chadwick spearheaded the ordinance, the Missourian reported. She argues that the public health benefit of increasing the legal age was overwhelming, as many smokers become addicted to cigarettes as teenagers.

Centers for Disease Control research has shown than 90 percent of smokers start the habit before they can legally buy tobacco, the Missourian noted.

Chadwick, a University of Missouri graduate student, has courted controversy in the past. The College Fix reported that in June, she proposed banning alcohol consumption at a Columbia public park in a predominantly black neighborhood, prompting some in the community to cry racism.

Parroting Chadwick’s argument, MU School of Health Professor Stan Cowan said at the city council meeting that research by doctors showed people were unlikely to smoke if they had not done so by age 21 and could quit more easily if they started that late, KRCG News reported.

A tale of two cities

The Needham, Mass., smoking age increase, instituted in 2005, was the model for the Columbia ordinance. It has been touted as a success. One Columbia Board of Health member, Lynelle Phillips, told the meeting that Needham cut high school smoking rates in half after raising its tobacco age to 21, KRCG said.

There is a caveat, however: As of 2013, nearly a dozen cities in Massachusetts have raised the age for tobacco purchases above 18, making it more difficult for young people to travel outside city limits to buy cigarettes. Columbia is the only city in Missouri thus far to raise its smoking age, giving students in the city wide latitude to travel to neighboring towns for their tobacco fix.

In addition, Massachusetts has a historically low population of smokers: According to a report by the Centers for Disease Control in 2004, one year prior to the signing of the Needham ordinance, only 17 percent of the population of Massachusetts smoked, which was 4 percent lower than the national average during that year.

These numbers suggest that Needham, unlike Missouri, which boasted a higher-than-average smoking population in 2004, has a different attitude toward smoking than does the Show-Me State.

Columbia and Needham are not alone: As of a year ago, the Salt Lake Tribune reported, the legal age for tobacco purchase was 19 in Utah, Alaska, Alabama and New Jersey.

The Columbia ordinance, according to MU law professor Richard Reuben, might be doomed. “If the state law states that the age for purchasing tobacco is 18, then any local measure, like one by the city of Columbia, to raise that age might run into some legal challenges,” Reuben told KOMU 8 News.

Dan Viets, president of the Missouri Civil Liberties Association, is concerned that Columbia’s council members were picking and choosing which state laws they would support.

“What I really resented is the fact that when an ordinance to create a lesser penalty for marijuana cultivation came before the council earlier this year, the mayor, and certain members of the council who sponsored the tobacco laws were very, very concerned that this would be a conflict with state law,” Viets said in an interview with The College Fix.

But now, with the vote to increase the smoking age, “we could possibly have an ordinance that would conflict with state law,” Viets said. “The city is trying to make illegal what was made legal by state law.”

Leave town for booze and smokes

Columbia residents and the student population have pounded the city council’s vote, saying that it violates the individual liberties of young people.

“The tobacco ordinance has nothing to do with stopping underage kids from smoking and everything to do with the council’s addiction to legislating away people’s freedoms,” Jake Loft, chairman of the Mizzou College Republicans and University of Missouri student, told The Fix in an email.

Detractors have said the ordinance is well intentioned but ultimately a piece of legislation that tilts at windmills.

“I have serious doubts that this legislation will successfully decrease 18-20 year old smoking enough to make any sense,” Anthony Vibbard, MU law student and chapter president of the Federalist Society, told The College Fix.

“Any given Saturday, it seems fairly obvious that the drinking age laws have little to no effect on 18-20 year old access to alcohol in Columbia city limits,” Vibbard said.

Spencer Pearson, a Columbia resident and petition gatherer, told The Missourian that the ordinance represents a prohibitionist policy that does not address the underlying health problems associate with using tobacco.

Pearson, a libertarian activist who also advocates marijuana-law reform, told The Fix that “the council passed the ordinance in an attempt to ‘disrupt the supply chain’ but all that will be disrupted are lawful businesses operating within city limits. Smokers’ habits will not be affected.”

College Fix contributor Christopher White is a University of Missouri graduate student and an editorial assistant for The Fix.