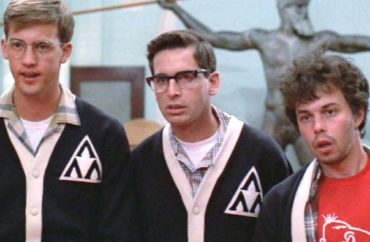 ‘Two of the top highest paying majors, STEM and business are also the most popular majors,’ report says

A majority of recent college graduates may be unemployed but those who are employed are making record starting salaries. A recent report by the National Association of Colleges and Employers showed that 2020 graduates are making 2.5 percent higher salaries than the class of 2019.

Inflation is one factor. According to Bureau of Labor Statistics data, from 2019 to 2020 there was a 1.4 percent increase in regular prices with food prices increasing 3.9 percent.

Another factor is that many of those who secured a job were STEM majors, as graduates who majored in STEM are being hired and making higher salaries. According to a report by the Center on Education and the Workforce by Georgetown University, “Two of the top highest paying majors, STEM and business are also the most popular majors, accounting for 46 percent of college graduates.”

According to a survey by Monster, a company devoted to helping employer and employee “find the right fit,” only half of 2020 college graduates are being hired. When you put the two studies together, it is possible to deduce that the half of graduates that are being readily hired are STEM majors.

Why STEM is booming

This is consistent with the findings from the report by the National Association of Colleges and Employers. According to the report, STEM majors account for the majority of graduates with high starting salaries.

Why is this the case? STEM — which stands for Science, Technology, Engineering, and Mathematics — is a credential that has been in demand for years. With a huge demand and not enough supply, it makes logical sense for these majors to be making a greater starting salary.

A study by the Worchester Polytechnic Institute’s Business School agrees. Each day, new innovative technology is being developed. This causes an increase in job growth as well as new science fields.

Majoring in STEM gives one the background knowledge and experience to keep up with the changing technological field. Thus, majoring in STEM not only provides a greater starting salary but also lasting job security.

Why they chose STEM

Two engineering sophomores at Franciscan University, Cavan Maloney and Quinn Wieber, shared why they chose STEM in an interview with The College Fix. Their first reason was their love of mathematics and science. Wieber also said it was good to know that there are, “a lot of opportunities to move around within the engineering world,” as well as, “a pretty well guaranteed job.”

Not only are engineers in demand but also medical professionals. Due to COVID, burnout among medical professionals has increased. The American Journal of Managed Care says, “For physicians and nurses, the trauma of witnessing death, working understaffed, and lack of adequate personal protective equipment (PPE), especially in the early days of the pandemic, has led to significant risk of post-traumatic stress disorder and death by suicide in an already at-risk population.”

This creates a vital hole to fill which is why there is a huge demand for new medical professionals.

Franciscan nursing graduate of 2021 Beth Flanaghan shared via email her job outlook before graduation, “I had two job offers at different hospitals to choose between. I know many (probably more than half) of my graduating nursing class of 54 students had job offers or jobs lined up after graduation.”

Why such quick pick-ups? Flanaghan says, “There is a major shortage of nurses in particular after the pandemic, with many leaving the field due to burnout, along with increasing patient population and acuity.”

With a huge demand and not enough supply, salaries will rise.

IMAGE: Revenge of the Nerds screencap