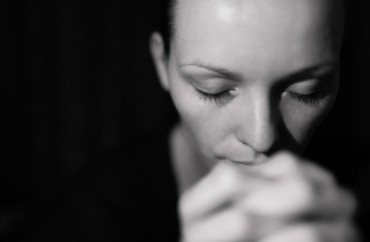 Gay-rights advocates are furious over the discovery that the U.S. Department of Education has given waivers to religious colleges that receive federal funding but do not want to grant sweeping rights to gay and transgender students relating to housing, access to facilities, and athletics, which would run afoul of their beliefs.

Now the LGBTQ lobbying community and a group of federal lawmakers, including Sens. Bernie Sanders and Al Franken, are calling on the education department to publish all the waiver request applications and approvals so they can be further publicized and scrutinized.

“There is an alarming and growing trend of schools quietly seeking the right to discriminate against LGBT students and not disclosing that information publicly,” said Chad Griffin, president of the powerful LGBTQ lobbying group Human Rights Campaign, in a statement. “We believe that religious liberty is a bedrock principle of our nation, however faith should never be used as a guise for discrimination.”

The controversy around the religious waivers for Title IX policy exemptions came into light after a sweeping Freedom of Information Act investigation by a pro-LGBT group called The Column published in early December the waiver applications submitted by dozens of universities.

“Nearly three dozen religious institutions of higher learning have asked the federal government to waive laws that protect LGBT students, according to government documents obtained by The Column,” the group reported Dec. 1.

“The schools are asking the U.S. Department of Education to waive portions of Title IX that might apply to students and staff who are transgender or who are in same-sex relationships,” it added. “Twenty-seven schools have been granted a waiver from Title IX by the department in the last year, many with the help of conservative religious organizations. Another nine have applications pending.”

The report included naming the religious colleges that sought the exemptions, including many Baptist colleges. The Human Rights Campaign put out a similar report that noted “schools that are affiliated with the Southern Baptist Convention requested the greatest number of exemptions, followed by schools affiliated with Wesleyan and Catholic churches.”

In light of the discovery, eight U.S. senators wrote and signed a “dear colleague” letter to the Secretary of Education in mid-December, requesting the department publish information and documentation on the Title IX waiver requests and approvals.

“We are concerned these waivers allow for discrimination under the guise of religious freedom,” their letter states.

“At a very minimum, we believe students, parents, and taxpayers have a right to know when institutions of higher education … seek and receive exemptions under Title IX,” added the senators’ letter, which was also signed by Sens. Patty Murray, Barbara Boxer and Ron Wyden.

Sen. Sanders’ office did not respond to a request for comment from The College Fix.

The College Fix also reached out to several of the universities outed by the Column’s investigation, but they all refused to comment.

Tom Sofio, a spokesperson for the Franciscan University of Steubenville, declined to comment, but he did refer to an article published in the Catholic Education Daily, a publication of the Cardinal Newman Society, as a partial response.

That article reported that the “legitimization” of gender identities is “spiritually harmful” to students at Catholic and Christian universities.

“A policy which would legitimize gender identity issues, particularly according to the interpretation put forward by employees of the Department of Education, would, first of all, abdicate the responsibility of the college community as a whole to act in accord with its fundamental identity as a community which publicly identifies itself as in communion with the Catholic Church,” Abbot Placid Solari, the chancellor of the Belmont Abbey College, said in the article.

Other Christian universities on the list include prominent institutions like Colorado Christian University and Oklahoma Wesleyan University.