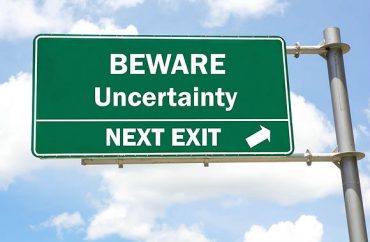 Humans have a depressing tendency to uncritically believe statistics without bothering to look into how they were devised.

It’s why press releases, politicians’ speeches and almost any other material intended to persuade tend to have one or more statistics in them – journalists are humans too (seriously), and numbers catch our attention. They look so factual.

Yet the nonstop hustling of poorly vetted, asterisk-loaded statistics is pretty much why Americans think our college campuses are overrun by either rapists or well-meaning young men who were socialized to rape without realizing it.

Author Cathy Young reminds us of this in her recent Washington Post column on the controversy around Nate Parker, a black filmmaker whose Birth of a Nation historical thriller has been overshadowed by criminal rape charges he beat as a Penn State student 15 years ago.

Parker’s case reminds us that America had a very different view of intoxicated sex in college, but it’s also notable for how it defied stereotype: A black man was acquitted of raping a white woman by an all-white jury (save one black woman) in the red part of Pennsylvania.

I’ve talked before about the impossible-to-miss stat that 2-8 percent of rape allegations are false (it’s actually 2-10, but who’s counting), and Cathy Young brings up this wobbly tentpole of “rape culture” again:

But in fact, estimates of false allegations vary widely. A 2010 study by psychologist David Lisak found that 6.8 percent of sexual assault reports on a Northeastern university campus over a 10-year period were false. However, that statistic refers only to cases in which there was actual evidence disproving the complainant’s story. More than half of the reports in Lisak’s sample were investigated and closed with no criminal charges, usually because of insufficient evidence or because the complainant stopped cooperating; it is impossible to tell how many were true or false. [Lisak doesn’t exactly have a reliable reputation anymore, either.]

Besides, the line between “true” and “false” is not always clear, particularly when it’s a question of consensual drunk sex vs. incapacitated rape. An encounter seen as disappointing or degrading, and remembered through an alcoholic haze, can be sincerely reinterpreted as rape later on — particularly given the elastic and often subjective definitions of rape that have been used in college sexual assault prevention programs since the 1990s.

My latest at @washingtonpost @PostEverything: #NateParker, rape and the presumption of guilt https://t.co/iWbi2yKliD#BirthOfANation

Those who peddle false-accusation stats as proof that you can safely suspend, expel or convict any accused man (most likely poor men of color, not Brock Turner) seem to be completely unfamiliar with either how people have sex or how evidence collection works.

Even on campuses and in states where “affirmative consent” is the standard, despite it being the best way to keep them from getting sued, colleges are still not requiring students to sign contracts with each other before they have sex (or clickwrap agreements, for your app-enabled hookups). Why? Because nobody wants to do it.

They want to keep drinking to lower their inhibitions and then (somehow) remember to keep asking for consent every time a leg or a pelvis changes position, and blindly trust that their partner – looking back through that “alcoholic haze” – won’t accuse them a day/month/year later of rape, long past the point where physical evidence and memories remain viable. And campus authorities are warier than ever of asking questions in sufficient and sustained detail to get even the barest sense of whether an accuser is telling the truth, misremembering her emotional state and external actions during the sex, or something else. Some cops, too.

You pretty much have to accuse a man of rape when his financial transactions show he was in a different state to have that be categorized as “false.”

As long as the average American doesn’t know that, and continues being human and falling hard for statistics, the rape-culture zealots will win and basic American freedoms will lose.