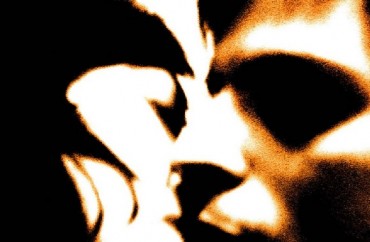 “When it’s so easy, when it’s so available to you,” Brian says intensely, “and you can meet somebody and f*ck them in 20 minutes, it’s very hard to contain yourself.”

Twice in the last year has a lengthy feature magazine article made me literally sick to my stomach.

The first, of course, was the Rolling Stone piece on the alleged fraternity gang rape at the University of Virginia (now proven false). The second comes this month by way of Vanity Fair. As I read its 6,400-word exposé, “Tinder and the Dawn of the ‘Dating Apocalypse’” – my stomach gripped in knots.

Pardon my bluntness, but it tells the tale of droves of young women who are apparently allowing themselves to be frequently and repeatedly used as nothing more than short-term repositories for men’s penises. Do they get pleasure out of such ventures? Hardly, according to the report, which quotes women who never reach orgasm during these trysts and complain that 90 percent of the men out there are just a bunch of “fuckboys,” defined as young men who sleep with women “without any intention of having a relationship with them or perhaps even walking them to the door post-sex.”

But the article notes women go along with it, swiping away at Tinder, texting pictures of their breasts and butt to random guys, and having one-night stands with complete strangers; some of these men still live with their parents, or suffer from erectile dysfunction, or send women unwanted dick pics – but the women still sleep with these men, described as callous womanizers.

Men cited in the article could care less than dirt about these women. They brag, joke and high-five each other about all the free and easy tail online hookup apps have served them on a silver platter. They don’t have to date women, or even buy them a drink. They just have to send them a smiley face text, the men bragged.

I don’t even know where to begin to pullquote to offer a proper sample; it’s very long and the subject matter reads like a train wreck. I’ll give you a snippet and you can choose to go down the entire rabbit hole if you like:

On another busy night at the same bar, at the same table in the front, three good-looking guys are having beers. They are John, Nick, and Brian, 26, 25, and 25; John is the marketing executive mentioned above, Nick works in the fitness industry, and Brian is an educator. When asked about their experience with dating apps, their assessment is quite different from the interns from Boston College. “Works for me,” Nick says.

“I hooked up with three girls, thanks to the Internet, off of Tinder, in the course of four nights, and I spent a total of $80 on all three girls,” Nick relays proudly. He goes on to describe each date, one of which he says began with the young woman asking him on Tinder to “ ‘come over and smoke [weed] and watch a movie.’ I know what that means,” he says, grinning.

“They all say that,” the guys say, chuckling.

Nick, with his lumbersexual beard and hipster clothes, as if plucked from the wardrobe closet of Girls, is, physically speaking, a modern male ideal. That he fulfills none of the requirements identified by evolutionary psychologists as what women supposedly look for in mates—he’s neither rich nor tall; he also lives with his mom—doesn’t seem to have any effect on his ability to get rampantly laid. In his iPhone, he has a list of more than 40 girls he has “had relations with, rated by [one to five] stars…. It empowers them,” he jokes. “It’s a mix of how good they are in bed and how attractive they are.”

“I’m on Tinder, Happn, Hinge, OkCupid,” Nick says. “It’s just a numbers game. Before, I could go out to a bar and talk to one girl, but now I can sit home on Tinder and talk to 15 girls—”

“Without spending any money,” John chimes in.

Neither Nick nor John has had a girlfriend in the last few years; Brian had one until recently but confesses, “I cheated…. She found out by looking at my phone—rookie mistake, not deleting everything.” Some guys, they say, in order to hide their multiple sex partners from each other, will assign them fake names in their phones, such as “Crazy Mike.”

“When it’s so easy, when it’s so available to you,” Brian says intensely, “and you can meet somebody and fuck them in 20 minutes, it’s very hard to contain yourself.”

He holds up his phone, with its cracked screen, to show a Tinder conversation between him and a young woman who provided her number after he offered a series of emojis, including the ones for pizza and beer.

“Now is that the kind of woman I potentially want to marry?” he asks, smiling. “Probably not.”