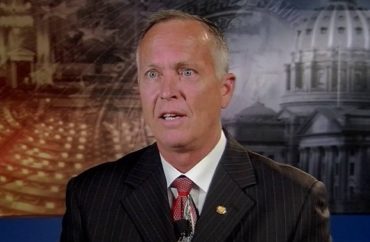 Republicans are typically champions of school choice, such as taxpayer-funded charter schools that compete with traditional public schools.

Not the chairman of Pennsylvania’s House Education Committee, however.

Rep. Curt Sonney introduced a bill (HB 1897) that would shutter the state’s “cyber charter” schools, authorized by Pennsylvania in 2002 and open to any child in the state, as independent school entities.

In order to continue offering online education, they would have to apply to be “third-party vendors” for school districts, which would be required to offer online education under Sonney’s bill.

Reason reports that the bill, introduced last fall, is “working its way through” the House this month, and it has school choice advocates up in arms:

“It would force parents and students to go back to the districts that have already failed them,” says Ana Myers, executive director of the Pennsylvania Coalition of Public Charter Schools, which lobbies on behalf of both brick-and-mortar and cyber charters. …

Sonney (above) claims that he’s responding to constituents who “constantly” share their concerns about “the cost and accountability of cyber charter schools,” which serve 35,000 students. The state-authorized cyber charters must be subject to “local accountability” in order to “control the quality and cost of these programs.”

That’s bunk, parent Stefaine D’Amico told Reason. Her three kids attend a cyber charter, including Bobby, who’s about to graduate high school and head to college to study filmmaking. She pulled him from his traditional middle school nearly six years ago because of bullying that the Marple-Newtown School District seemed unable to stop.

School districts get to keep the state portion of per-pupil money when a student leaves for a charter school, which Reason pegs around 30 percent statewide (it varies by district).

It’s already expensive for charter schools to fight for the money they’re owed from school districts when students transfer. That’s because Democratic Gov. Tom Wolf issued an executive order last year requiring charter schools to pay administrative costs when the Department of Education has to mediate a funding dispute.

There were 13,000 disputes in the 2018-2019 school year, and the free-market Commonwealth Fund obtained state records showing that charters won “every single one” of those disputes.

“Making charter schools pay when school districts break the law isn’t about ‘fairness’ or ‘accountability’ or any of the other slogans the Wolf administration uses,” says Nathan Benefield, vice president of the Commonwealth Foundation. “By favoring one type of public school over another, Gov. Wolf is working to undermine parental choice—prioritizing money over kids.”

Thanks to bipartisanship, Pennsylvania families may soon have fewer options to affordably obtain a good education for their children.

Read the bill and the article, which details more of Gov. Wolf’s anti-charter proposals.