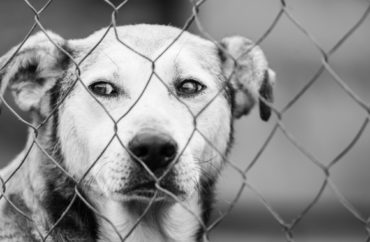 The term “responsible pet ownership” has its roots in “racism, classism, and the White dominant culture.”

That is according to researchers with the University of Denver’s Institute for Human-Animal Connection, who argued that some animal control policies perpetuate racial and income inequities in the United States.

“Punishment to Support: The Need to Align Animal Control Enforcement with the Human Social Justice Movement” was co-authored by scholars at the institute who posited that animal control enforcement and punishment disproportionately hurt people of color and low-income communities.

The authors, led by Kevin Nolan Morris, University of Denver research professor and American Humane endowed chair, stressed the influence of racial biases on the problem.

Not only driven by “racism, classism, and the White dominant culture,” the legal concept of “responsible pet ownership” is also “largely unobtainable for anyone in the U.S. other than white, middle, and upper-class individuals, their paper argued. This includes animal welfare practices such as “providing shelter, behavioral training or veterinary care.”

The authors also said that animal control policies can reinforce structural or racial inequities. They cite rabies vaccination requirements, anti-tethering laws, monitoring of “at-risk” animals, regulations for adequate care of animals, and investigations of cruelty, abuse and neglect, among other practices.

Central to the scholars’ argument is the belief that systemic racism is rooted within the animal welfare and adoption systems.

“Previous studies have refuted the assertion that animal cruelty laws are uniquely exempt from the racism that is pervasive throughout other areas of U.S. criminal law,” the scholars stated.

In total, “inherent” and “implicit biases” are referenced nine times throughout the paper.

Published in October 2020, the paper gained attention this month from animal rights activist Nathan Winograd. In a June blog post headlined “The Racism of Low Expectations,” Winograd argued that Morris and his team missed the mark.

Their conclusions “ignore that rescuers and shelters have a moral and institutional obligation to the vulnerable animals they serve to ensure those animals are not placed in harm’s way; which can and should be done using standards that don’t focus on a potential adopter’s skin color or size of their bank account, but on their ability to provide for an animal’s physical and mental health,” Winograd stated.

“Many animal welfare groups as a whole try to protect animals up for adoption by requiring everything from a fenced yard for dogs, to ownership of a house, to meeting age requirements for adoption of a young puppy. […] The excuses [we] have heard for adoption denial of an animal [have] led to more people of color going to breeders and pet stores,” states an op-ed from the Albuquerque Journal.

It was headlined: “End racial bias in animal adoption; people of all colors love pets.”

Typically, op-eds, blogs, and personal websites are hotspots for this grassroot criticism.

“The lengthy adoption applications common in the industry [are] often used to screen out people who [don’t] fit into certain socioeconomic or racial categories,” according to one former shelter employee.

Adoption requirements vary by state and shelter, but common policies include access to yard space, provision of high-quality food, and proof of home ownership.

Some even accuse certain adoption requirements of being a “coded way” to “weed out members of marginalized groups.”

Morris and his team had echoed similar sentiments. In their paper, they voiced support for a Humane Society initiative that, among other things, called for the full removal of adoption requirements.

The Pets for Life initiative, which the society’s website calls “a philosophy driven by social justice,” also encourages an examination of the implicit bias found in common ordinance language. This includes phrases such as “intent” or “morality of the public.”

Some institutions have moved beyond critiquing specific policies, though. The Institute for Human-Animal Connection explains how some neglect or abuse cases are simply the misinterpreted, benign practices of a pet owner.

“The failure to acknowledge and understand cultural differences and common barriers to pet support services can lead service providers to misinterpret certain pet ownership practices as neglectful or abusive,” the group’s website states.

The institute does not provide a list of practices that could be misinterpreted in this way. However, it does emphasize that cultural competency must guide “the human side of [animal welfare] interventions” to be most effective.

A book published by Stanford University Press did name certain practices that should be interpreted differently depending on the cultural context.

For example, treating animals “as resources, whether protective (as in guarding) or financial (as in breeding or possibly fighting)” were named as practices inherent to minority racial groups.

On the other hand, treating a pet “as a family member” and providing high levels of care are behaviors characteristic of “whiteness,” according to the book, “The Lives and Deaths of Shelter Animals.”

Blaming certain practices of animal neglect and abuse on cultural differences, though, contradicts some standing data.

For example, a 2017 study — also co-authored by the University of Denver’s Professor Morris — found that when socioeconomic barriers were removed, race and ethnicity “were not primary determinants of veterinary service utilization.”

If animal protection is the goal, then some “ways of relating to animals are better than others,” he opined in his June column.

“Arguing otherwise isn’t animal advocacy; it is its antithesis.”