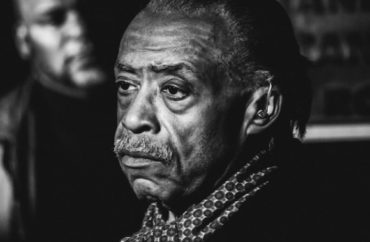 In a letter to Harvard President Lawrence Bacow, the Reverend Al Sharpton pressed the university for disclosure of the “diversity” of the institution’s asset managers.

Specifically, Sharpton wants to know if there are any “African-American professionals” who help oversee the Ivy’s $40-plus billion endowment, The Crimson reports.

In the letter, the former Democratic presidential candidate and current president of the National Action Network said that a lack of diversity among the managers would be “a failure of Harvard’s ‘fiduciary responsibility.’”

“While the systematic exclusion of people of color and women from the management of endowment assets has been a question of social justice over time, today it is for me a question of fiduciary responsibility,” Sharpton wrote. “Study after study shows very high performing women and people of color, yet those same studies show under-utilization by asset allocators.”

Harvard Management Company spokesperson Patrick S. McKiernan wrote in an emailed statement that HMC has taken a three-pronged approach towards increasing diversity among its asset managers.

“First and foremost, we seek diversity and inclusion amongst our team at HMC, including those who make decisions to allocate capital to external investment managers,” McKiernan wrote. “We are proud of the diversity of our team.”

McKiernan wrote that HMC has worked with outside groups to “ensure consideration of diverse managers.”

“When considering the diversity of an external manager, we do not limit our view merely to the leadership level, but also try to consider their entire team,” McKiernan wrote.

Finally, HMC is “increasingly focused” on the diversity of investments of external managers, according to McKiernan.

“Having an external manager, no matter however diverse, investing with non-diverse companies is not of particular interest,” McKiernan wrote.

Sharpton himself hasn’t exactly been a wise financial steward. According to the New York Post, he’s been busy “paying down millions” in tax liens and still owes New York State $698,470 in back taxes.