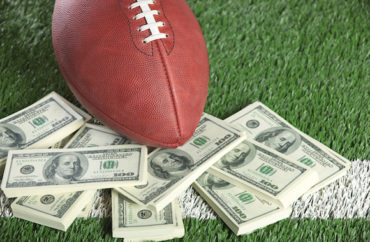 The faculty union at Rutgers University has sued the taxpayer-funded institution for failing to provide details on its subsidies to the school’s athletic department.

The American Association of University Professors-American Federation of Teachers chapter at Rutgers filed the lawsuit on July 17 in a New Jersey court, seeking to compel the university to respond to Open Public Records Act requests.

The union says it has been trying to acquire documents related to loans and debt taken out by the university. In addition to the $20 million to $40 million in student fees that fund the athletic department, Rutgers also had “a whopping $76 million increase this past year in what the university mysteriously categorizes as the athletic program’s ‘internal debt,’” according to a press release on the lawsuit.

The union, which represents faculty, teaching assistants and other staff members, first made five separate requests to Rutgers’ custodian of records in May, according to the lawsuit.

Requests include information on any loans from the Big Ten Conference, financial information provided to the NCAA and Department of Education, and any promissory notes or documents related to debt taken out by Rutgers for the athletic department.

“The [athletics] program remains in an annual deficit of tens of millions of dollars,” the suit claims:

For decades, University administrators promised that profitability for Rutgers athletics was just around the proverbial corner. The more charitable and innocent explanation of these statements is that they were simply incorrect fiscal prognostications. But more sinister explanations are also plausible.

Rutgers denied almost all of the union’s requests, either claiming each was too broad or was not open to disclosure because the requests were “advisory, consultative, and deliberative,” the suit alleges.

One denial, for example, said the union had made a “blanket request for a class of various documents” rather than the statutorily required “specific identifiable documents.” It’s not the custodian’s job to “sift through … vast files” looking for “potentially responsive records,” the university responded.

A January report said that the university had spent a record amount of money in the 2018-2019 school year on its athletic department, totaling $103 million. That included a $45 million shortfall.

In March, the athletic department also hired a sports facility consulting firm to advise it on future facility upgrades.

A summary of the athletic department debt lists $78 million in external debt and $121 million in internal debt as of January 2020, according to documentation attached to the lawsuit.

The university “shouldn’t be fighting OPRA requests to keep information secret, Andrew Goldstone, chair of the union’s budget committee, said in the press release. “This suit is about a basic principle of openness in public university governance.”

Rutgers Athletics has been a financial black hole for a long time, but in the past year, the university transferred more than $100 million in all to the athletic program, and they don’t want to say why or where the money came from. It’s time to come clean so people can decide if the steep price for athletics is worth paying.

Neither Wolfson nor Goldstone responded to requests for comment on the lawsuit and if the union has previously had trouble acquiring documents from Rutgers.

Flavio Komuves, one of the attorneys representing the union, declined to comment to The College Fix except to clarify the timeline for the records requested.

Rutgers did not respond to multiple requests for comment on the lawsuit and whether the union ever refiled its requests to narrow them in scope and meet the requirements from the school’s custodian of records.

MORE: Yale is spending $135 million on one diversity initiative