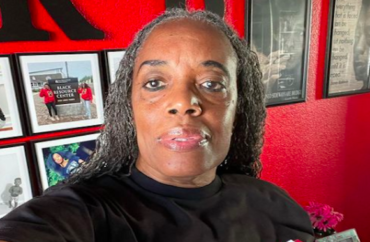 A lecturer at San Diego State University recently announced her resignation via Instagram, noting she has “been fighting white folks” since she’s been in her position.

Bonnie Reddick, a member of the Africana Studies faculty and director of the Black Resource Center, said her departure was to preserve her mental health “after years of battling with SDSU for programs, funding and support” for the BRC, The Daily Aztec reports.

Reddick specifically pointed a finger at colleagues Jessica Nare, the assistant vice president for community and belonging, and J. Luke Wood, vice president of student affairs and campus diversity. She claimed their behavior was “problematic, personal and racist.”

Nare allegedly had put up a bureaucratic hurdle to Reddick’s Black Scholars Summer Konnection program; Reddick said Nare was “playing games” and was “passive-aggressive” in one Instagram video.

Wood was accused of being “performative,” “transactional,” “ambitious” and would “step on anybody to fulfill his goals.” His leadership team (of which Nare is a member) allegedly engaged in “racist behavior.”

Reddick also said when it comes to her story, she would like to point people towards the work of Audre Lorde, who says anger is an appropriate response to racist attitudes.

“What often happens is Black women will get characterized as angry, as if that is a bad thing,” Reddick said. …

“Maya Angelou said people will not remember you by what you said or what you’ve done. But they will remember how you made them feel. What about the folks on his leadership team that have very racist behavior, why doesn’t [Wood] address that?” …

Reddick describes her students as her “SDSU sons and daughters,” and said one of her concerns with Nare’s leadership was her lack of connection to students.

“I guess that is why I am so angry,” Reddick said. “She is in that position, she doesn’t have a relationship with students…She is transactional. I am relational…When I say they are my SDSU sons and daughters I mean that.”

In another video, Reddick said the university “had better not mess with [her] stuff … or it just will not be good at all.” Another Instagram posts features a meme with the saying “Karma is going to hit some of y’all so hard for betraying people who had nothing but good intentions towards you.”

One SDSU official told The Daily Aztec she had an entirely different — “glowing” — view of Wood and Nare. Virginia Loh-Hagan, director of the Asian Pacific Islander Desi American Resource Center, said she “enjoyed working with both of them and […] does feel very supported.”

In 2017, Wood, an education professor who views classrooms “as sites for civil resistance,” taught a graduate-level “Black Lives Matter” course. In 2019 he helped establish SDSU’s diversity initiative which includes trainings on unconscious and implicit bias, racial and gender microaggressions and cultural competency.

MORE: DePaul U. condemned for ‘toxic environment’ that threatens ‘scholars of color’