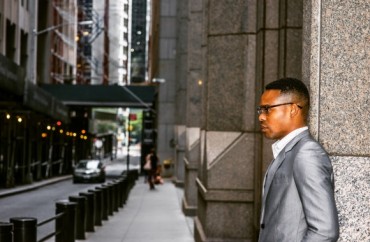 There are those who contend that it does not benefit African­-Americans to — ­ to get them into the University of Texas where they do not do well, as opposed to having them go to a less­-

advanced school, a less ­—­ a slower­-track school where they do well. One of ­­— one of the briefs pointed out that ­­— that most of the black scientists in this country don’t come from schools like the University of Texas. They come from lesser schools where they do not feel that they’re ­­— that they’re being pushed ahead in ­—­ in classes that are too ­­— too fast for them. I’m just not impressed by the fact that —­­ that the University of Texas may have fewer (black students). Maybe it ought to have fewer.

Scalia’s questioning prompted him to be called a racist. For example, Senate Minority Leader Harry Reid blasted Scalia as worse than Donald Trump.

“I don’t know about his intent but it is deeply disturbing to hear a Supreme Court justice endorse racist ideas from the bench on the nation’s highest court,” the Nevada senator stated.

However, before calling anyone a racist, it is important to point out that Justice Scalia was alluding to a phenomenon called “mismatch theory,” a powerful, data-backed critique of the affirmative action model.

The fundamental argument for mismatch theory is that non-academic preferences in admissions to a higher education institution does not properly provide beneficial service to its intended receivers.

Essentially, some minority students admitted via affirmative action to elite universities that they are academically unprepared for will struggle, perhaps even flunk out.

Indeed, it was a liberal-leaning UCLA law professor that proposed the mismatch concept: Professor Richard Sander.

Sander co-authored a book on the phenomenon called: “Mismatch: How Affirmative Action Hurts Students It’s Intended to Help, and Why Universities Won’t Admit It.”

“Though their liberal leanings would indicate support for race-based policies, Sander and Taylor argue that the research shows that affirmative action does not in fact help minorities,” the 2012 book’s summary states. “Racial preferences in higher education put a great many students in educational settings where they have no hope of competing—a phenomenon that they call ‘mismatch.’ … Compelling evidence shows that racial preferences double the rate at which black students fail bar exams and may well in the end reduce, rather than increase, the aggregate number of black lawyers.”

As The College Fix reported recently through an interview with Sander, there are three types of mismatch: learning, competition and social:

Learning mismatch occurs when less academically prepared students work alongside students who are more prepared. The former may start to feel lost and will have difficulty learning in the more rigorous environment, Sander said.

Competition mismatch also occurs in the classroom when struggling students begin earning lower grades than their counterparts. Ill-prepared minority students have a high rate of dropping out of difficult programs, such as science programs, when mismatched because receiving lower grades may diminish their confidence, Sander said. Students are more likely to succeed in less competitive environments.

The final type of mismatch is social. Students are naturally more likely to forge friendships with others at similar skill levels. Mismatched minority students may have more difficulty befriending more competitive students which can be isolating, Sander said.

The concept illustrates that while society may believe one thing is good for the whole, that one thing can also exacerbate a larger problem.

Affirmative action was created to help offset the nation’s segregated past, to promote diversity, and to provide a representation of an ethnic minority in the realm of higher education, a noble cause.

But the mismatch theory illustrates that very important questions, such as the ones Justice Scalia asked, are necessary as affirmative action is revisited by the high court.