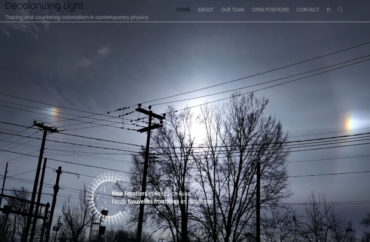 A group of scholars at Concordia University in Montreal have dedicated themselves to “Decolonizing Light.”

The effort is not about banning flashlights, but rather advancing other ways of knowing about light, science and physics.

The group’s tagline is “Tracing and countering colonialism in contemporary physics.”

The effort, funded by the Canadian government, seeks both to explore “ways and approaches to decolonize science, such as revitalizing and restoring Indigenous knowledges” and to develop “a culture of critical reflection and investigation of the relation of science and colonialism,” according to the project’s website.

As detailed in a 2021 paper the three co-authored with Donna Kahérakwas Goodleaf, Concordia’s director of decolonizing curriculum and pedagogy, the project intentionally targeted physics for decolonization due to the field’s “unique scientific authority.”

“Physics is commonly regarded as the ‘most objective’ and the ‘hardest’ science,” the scholars wrote, “it fundamentally defines scientific key concepts such as energy, matter, force, light, space and time, for all the other sciences.” 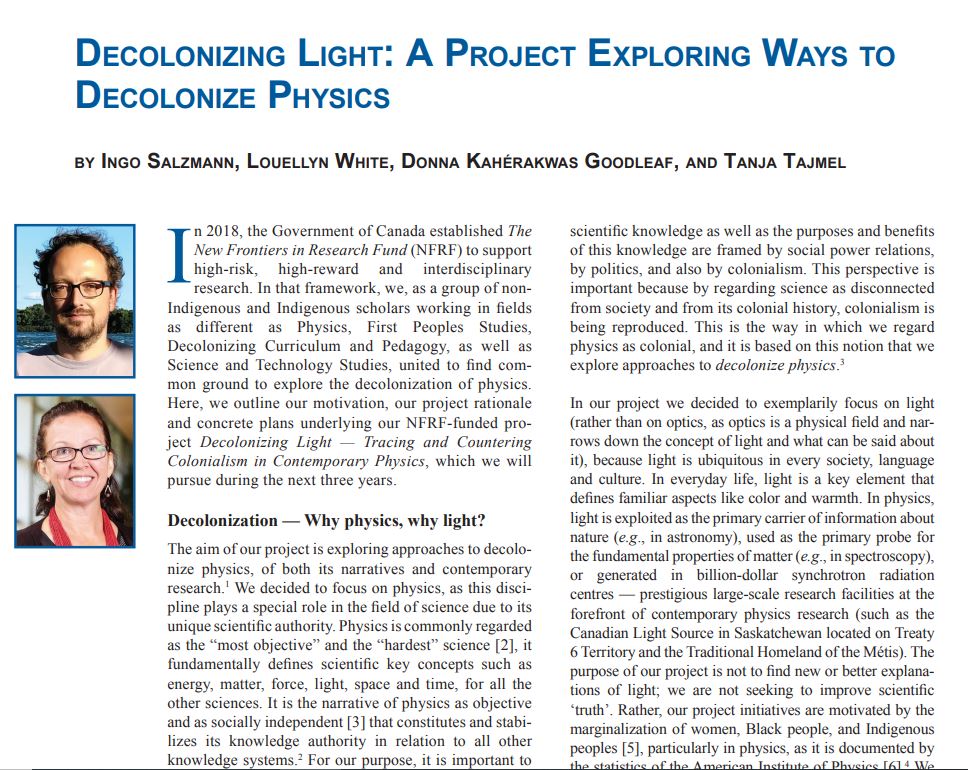 authority in relation to all other knowledge systems.”

“For our purpose,” they stated, “it is important to understand physics as a social field [italics in the original] rather than as ‘pure knowledge’ independent from social values and decisions.”

The reason they chose to focus on light, the scholars noted, was because of its ubiquity across societies and languages, its importance in fields such as astronomy and spectroscopy, and its value at prestigious, well-funded research facilities like the Canadian Light Source in Saskatchewan.

As part of their effort to decolonize light, the three wrote, they plan to develop courses with indigenous scholars and “Knowledge Keepers” in which indigenous knowledge is elevated and Eurocentric western science is de-centered and scrutinized for its alleged past and present contributions to colonialism.

One of the guiding principles of this effort, the scholars wrote, is the practice of Two-Eyed Seeing, which they claim allows people to view natural phenomena through two eyes, or two worldviews, one based in indigenous knowledge and the other on western science.

Some scientists who study light or develop technologies that utilize light, however, disagree about the need to decolonize it, as well as the value of presenting alternatives to western science in a science class.

Patanjali Kambhampati, a professor of chemistry at McGill University who conducts research on ultrafast spectroscopy, commented via email to The College Fix, “Decolonizing STEM is absurd and offensive to many people of all walks of life, including me as a scientist born in the 3rd world.”

“There are no other or alternative ways of knowing,” he stated. “There is only science. And it was largely developed in western Europe and [the] USA.”

In his view, he said, neither “[t]he Canadian government nor should the US government fund these quackery pursuits.”

Randy Wayne, an associate professor in the School of Integrative Plant Science at Cornell University who conducts research pertaining to electrodynamic theories and science’s understanding of the photon, likewise said he questions the utility of alternative ways of knowing for training scientists and advancing scientific knowledge.

When not in his lab, Wayne regularly teaches a course called “Light and Life,” which presents students with a vast mix of philosophical ideas, historical and cultural knowledge, and scientific concepts related to light.

In a telephone interview with The College Fix, Wayne recounted an indigenous myth about how a shape-shifting raven returned light to the world after the sun and the moon were taken by a powerful chief.

“As a creation myth and as a way to bring in other people and other people’s cultures and a warm feeling for how people try to explain questions,” Wayne said, “that’s a great story to bring into ‘Light and Life.’”

“Those are the things I include,” he added. “There are a number of origin stories and ceremonies about light. I don’t try to marginalize or diminish any culture.”

However, stories like that “don’t give us much of a way to really develop thinking through making assumptions, testing those assumptions, doing experiments, getting evidence, [and] making analysis,” which are all part of standard scientific practice, Wayne said.