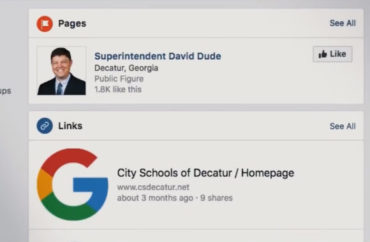 The Department of Education’s Office for Civil Rights is investigating a school district whose transgender restroom policy allegedly led to the sexual assault of a 5-year-old girl.

In a Sept. 14 letter to Vernadette Broyles, the lawyer representing the unnamed student, the OCR’s Atlanta office said it would investigate Georgia’s Decatur City School District for whether it “failed to provide a prompt and equitable response” to the sexual-assault report, creating a “sexually hostile environment” for the girl.

As part of that inquiry, it will consider whether the transgender policy’s implementation “contributed to the creation” of a hostile environment for all girls. The office is also investigating whether the school district retaliated against the girl’s mother for reporting the incident.

The complaint claimed that a “gender fluid” student who is biologically male had entered the girls’ restroom – in accordance with school district policy that lets students use intimate facilities in accordance with their “gender identity” – and sexually assaulted the girl, according to the OCR letter.

Not only do “several aspects” of the policy “create a hostile environment for girls,” but the school district retaliated against the girl’s mother by reporting her to the Georgia Division of Family and Children Services as the “responsible party.”

The original complaint, filed jointly by Broyles and the Alliance Defending Freedom in May, said the school district imposed the “preference” policy in May 2016. At that time, the Obama administration’s transgender restroom policy for public schools had just been issued, albeit without legal authority.

The Decatur policy said all schools must allow students to enter whichever restroom, locker room and shower they prefer, and even to sleep with the opposite sex on overnight school trips.

Superintendent David Dude misled parents, the complaint alleges, by telling the media that its existing policy accommodating transgender students in single-occupant restrooms would continue. Meanwhile, he told staff in an email that a male who identifies as female should be allowed to use whichever facilities he prefers, including overnight stays:

Not until February 27, 2017, more than half a year after he had issued his directive to staff, did Superintendent Dude first disclose the Policy (including the language quoted above) to the public, and then only through a blog post on his Facebook page [below] rather than through any of the normal channels used to communicate information and notice to parents.

Dude kept the policy in place despite the Trump administration’s rescission of the federal guidance, which had already been suspended by a federal court. Opponents of the policy warned Dude for five months before the restroom attack that it violated girls’ Title IX rights and physical safety, but the Board of Education formalized the policy anyway, the complaint claims.

MORE: The atrocious ‘reporting’ on the rescinded trans bathroom guidance

According to the complaint, the gender-fluid boy entered the girls’ restroom at Oakhurst Elementary School in November 2017 when the girl was in there alone. She had been excused from class to use the restroom, and he asked to be excused as well.

As the girl walked out of a stall, the boy “pushed her against a wall, pushed his hand between her legs, and repeatedly felt and poked at her genitals, [REDACTED], while she struggled and called out for him to stop. No one came to help,” the complaint alleges. (Some parts are redacted.)

Administrators had been notified the boy was gender-fluid before the alleged assault, and kept the policy in place even after the incident, according to the complaint.

The girl told her mother, who then complained to school officials. They refused to reassign the boy out of her daughter’s class, and even suggested removing the girl from the class. One official said the boy was never questioned about the incident. The school has also never offered “any counseling or other support services” to the girl.

Superintendent Dude has gone out of his way to avoid the girl’s mother, the complaint claims, and Principal Marcy Fowler falsely told her the school district was required by “federal mandate” to keep the policy in place – 10 months after the Trump administration rescinded the nonbinding guidance.

The most explosive allegation concerns the school district’s response to the mother’s complaint.

“[I]t appears that Oakhurst Elementary School leadership contacted the Georgia DFCS and reported that a potential sexual assault had taken place in the school restroom, but inexplicably
identified [Mother] as the responsible party”:

As a result of this baseless accusation by the school, DFCS personnel visited [Mother’s] home, interviewed her young children apart from their mother, and contacted family and friends of the victim, inflicting further emotional distress on [Victim] and the entire family. Unsurprisingly, DFCS found no grounds for any further investigation of [Mother] or her family.

It looks like the school district “sought to retaliate against a low-income, African-American single mother and intimidate her into silence by sending the Department of Family and Child Services to her door to interrogate her children and inspect her home,” the complaint says.

The policy “turns solely on a student’s self-declared (and perhaps fluid) ‘identity,’ without any requirement of certification by a psychiatrist or other physician,” the complaint says:

Quite aside from students who may be in a difficult process of sorting out their
understandings of sex and gender, girls and parents may reasonably fear the risk of
simply misbehaving boys who may take advantage of blurred rules as to who is allowed
in which restroom in order to intentionally violate the privacy of girls. Creative efforts by
adolescent boys to spy on girls while they are undressed is no new thing in this world.

It also deprives girls and their parents notice that a boy who identifies as a girl may use their facilities at any time.

The complaint responds to a common rebuttal that schools can simply create individual stalls or changing areas within common intimidate areas:

Girls’ restrooms in the Decatur Schools have individual stalls in varying degrees of repair. Based on conversations with students, some of the stall walls have holes in them where screws have fallen out, or doors that do not close tightly. Locker rooms have common changing areas. Showers in the locker room of Decatur High School are individual, but with only curtains separating them from the common space. As a result of the Policy, a girl in the Decatur Schools changing in the locker room, or stepping out of the shower after an athletic practice, or adjusting her clothes in front of the mirror in the restroom, must simply accept the possibility that a male may appear in front of her or behind her, when either or both are dressed or undressed. The likelihood that such situations will cause fear and anxiety is obvious—even assuming absolutely no ill intent on the part of the male student.

MORE: Mansplaining to a woman why she’s wrong to want restroom privacy