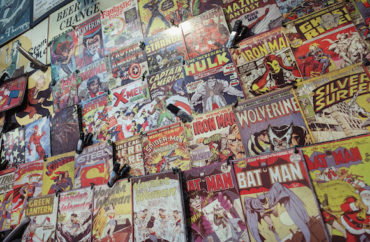 The State University of New York’s Fashion Institute of Technology will host its first-ever Diversity Comic Con next month, an event taking place as part of the school’s “Civility Week” observance.

The event, which according to its website is “fully sponsored by a grant from the President’s Diversity Council,” will give students “an opportunity to be exposed to careers that are truly multidisciplinary while providing a venue to showcase their work to publishers, professionals, and the general public.”

Ramon Gil, a graphic designer as well as an instructor at the university, is organizing the convention, according to his website.

“For most of my adult life, promoting diversity awareness has been a theme of my volunteer activities and event organizing. With comic books my other passion, the two are now finally combined,” Gil writes on his site.

In a telephone interview with The College Fix, Gil said that there is a “debate [within the comic book industry] if there should be more diversity in comics.”

According to Gil, many fans within the comic world say comics should remain lighthearted and silent on political issues, while “more people say” that political and societal ideas should be fleshed out within the world of comics in order to raise awareness of those issues.

“I want students to consider being exposed to this medium and consider careers in comic books,” Gil said.

Gil told The Fix that the entire convention will be paid for by the university and that the administration is considering turning the event into a yearly tradition. Panels at the convention will include topics such as “diversity in comics,” “LGBTQ in comics” and “comics from around the world.” According to the event’s website, a “cosplay pageant” will also take place. “Cosplay” is the practice of dressing up as characters from cartoons, movies, video games and comics.

Vivek Tiwary, an author and theater producer who will give the keynote address for the event, shared similar thoughts in a phone interview with The Fix.

“There aren’t a lot of us, a lot of children of color, who pursue those talents,” Tiwary noted.

Tiwary hopes that the convention will “inspire those students to not discard that dream.” The convention, Tiwary said, is meant to show students that “people like us do do things like that” and that “you can too.

“The comic industry is a really welcoming place,” Tiwary added. “I hope I can alert people to that fact. I hope I can pass that off in my speech and inspire people.”

Having a comic convention focused specifically on diversity is uncommon, Tiwary said, explaining that comic conventions are rarely focused on such specific topics and are usually dedicated to broader art and pop culture.

“I think it’s unusual and exciting,” he said.