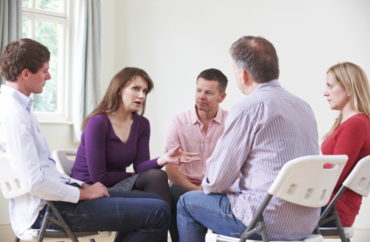 The motion passed in early September with 56 yes votes, nine no votes, and 12 abstaining.

A diversity requirement already existed that called on faculty to be “responsive” to the needs of diverse student populations.

The newly approved language spells out exactly how members of reappointment, tenure and promotion committees should determine whether candidates are in compliance.

They are to now use standards developed by their respective academic departments.

“Because the university provides access to underrepresented groups as well as traditional groups, the faculty shall be responsive to diverse student populations and needs through teaching, scholarship, research, and/or service, as appropriate, in alignment with department and college diversity plans,” the updated criteria states.

SDSU physics Professor Arlette Baljon, who voted against the motion, said her primary objection was linking the existing requirement to college diversity plans, which are “top-down” documents.

“The college diversity plans are not approved by faculty in the college,” she told The College Fix via email. “They are constructed by a small hand-picked committee.”

Every academic department has its own diversity plan, which they were required to develop after a University Senate resolution was approved in February 2018.

“Given these plans have been adopted by every academic unit, virtually everyone should be able to articulate meaningful efforts to support DEI, whether it be participating in an inclusive pedagogy workshop, or taking implicit bias training before participating on a search committee,” the September 2022 meeting agenda stated.

New faculty are already expected to submit a diversity statement during the hiring process, the agenda continued, so assessing evidence of their commitment in later performance reviews is “a natural progression.”

As the motion was debated, those who opposed it cited concerns about making diversity research “more valuable” than other kinds, and enabling the administration to force an agenda on faculty, according to the meeting minutes.

Others who supported the motion pointed out that the diversity requirement already exists and the motion simply clarified how it must be met.

“So if these plans are used as a basis for providing tenure, the deans and those that approve the college plans get a lot more power than now,” Baljon told The Fix. “As my colleague … said accurately: diversity plans become policies this way— policies that are not constructed through shared governance.”

The three main goals of the College of Sciences’ diversity plan are increasing minority and women representation among faculty, increasing “employee satisfaction by 15% by race and gender,” and emphasizing DEI in the curriculum and college climate.

The plan also outlines strategies for reaching each goal, such as documenting faculty attendance at implicit bias trainings and the DEI issue speaker series.

To reach its third goal, the college planned to launch a new course on “equity, diversity, inclusion, and disparities in the sciences” by fall 2022 and include “equity/inclusion/diversity issues and contributions” on student learning outcomes for all course syllabi.

SDSU did not respond to The College Fix’s request for comment.