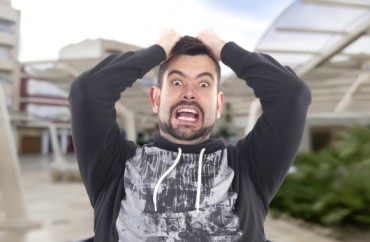 Word broke this week that the Seattle Public Schools were at it again: In its seemingly endless quest for “social justice,” the district is considering a framework for “math ethnic studies.”

It’s just as bad as you figured. As the cliché goes, you really can’t make this crap up.

The “theme” for the “Origins, Identity, and Agency” section points out that math “is rooted in the ancient histories of people and empires of color” (emphasis in the original), while the “Power and Oppression” and “History of Resistance and Liberation” themes aren’t any better:

Power and oppression, as defined by ethnic studies, are the ways in which individuals and groups define mathematical knowledge so as to see “Western” mathematics as the only legitimate expression of mathematical identity and intelligence. This definition of legitimacy is then used to disenfranchise people and communities of color. This erases the historical contributions of people and communities of color.

The history of resistance and liberation, as defined by ethnic studies, is the stories, places, and people who helped liberate people and communities of color using math, engineering, and technology. Access to mathematical knowledge itself is an act of liberation.

The entire “Power and Oppression” portion of the framework truly is a thing to behold. Its “Essential Questions” section asks  “Who holds power in a mathematical classroom?” “Who is Smart? Who is not Smart?” and “Can you recognize and name oppressive mathematical practices in your experience?” And then most appallingly: “Who gets to say if an answer is right?”

Sadly, this lunacy is just the latest for Seattle schools. The district has a, er, “rich” history of implementing questionable practices.

For example, an early 2000s Seattle Post-Intelligencer story on the so-called racial “discipline gap” quoted district employees freely making use of racial stereotypes. A school principal said black students “are frequently more out-front with their emotions” (and it’s a good thing, too: “In a way, it’s more honest”), while a black school counselor claimed “We, as a people, are loud.”

In 2006, the district used the following definition of racism: “The systematic subordination of members of targeted racial groups who have relatively little social power in the United States (Blacks, Latino/as, Native Americans, and Asians), by the members of the agent racial group who have relatively more social power (Whites). The subordination is supported by the actions of individuals, cultural norms and values, and the institutional structures and practices of society.” (The district ended up modifying it after criticism.)

Three years later, “most high school principals and counselors” supported dropping a C-average requirement for graduation, opting for a minimum D-average. “It’s hard to tell students that they may have passed a class with a D but still can’t graduate,” said a high school counselor. This controversy followed seven years of city high schools not giving students failing grades.

Also from 2007: During the search for a new superintendent, a Seattle School Board member said that candidates should have a “‘clear understanding of institutionalized oppression’ when it comes to improving grades of African-American students.”

In 2011, a Seattle elementary school teacher told a teen volunteer who wanted to hand out Easter eggs to third graders that she would have to refer to the eggs as “Spring Spheres.”

Lastly, the Seattle district has made use of the “Courageous Conversations” program led by Glenn Singleton. At around the same time Singleton spoke to my former district, he also “taught” Seattle teachers his methods on how to deal with the racial achievement gap: “White talk” is “verbal,” “intellectual” and “task-oriented,” while “color commentary” is “emotional” and “personal.” No discussion was permitted about students’ home life (how “courageous”), while white teachers’ (alleged) racism was held culpable for lack of student progress.

If you’re a Seattle parent and can’t afford private or parochial school, get out now — before it’s too late.