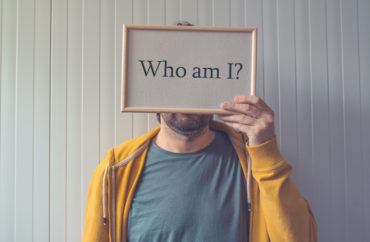 Our neighbors to the north are dealing with an identity crisis, so to speak, as several Canadian provinces try to figure out how to deal with individuals claiming Native American ancestry.

Specifically, individuals have been coming forth saying they are Métis, a cultural amalgam of indigenous and European ancestry. They’re doing this, just as is often the case in the US, because Natives are eligible for certain benefits, government and otherwise.

The Supreme Court of Canada ruled in 2016 that Métis are “Indians” under the country’s constitution, and 13 years before that it declared that the identity must meet three criteria: a person “self-identifies” as Métis, has an “ancestral connection” to the Métis community, and is “accepted by the modern community with continuity to the historic Metis community.”

Leroux says this practice is “particularly common” in Québec and Canada’s eastern provinces.

According to the professor, Canadians making allegedly sketchy claims of Métis ancestry are perpetuating “colonial violence” against Native peoples. This is unsurprising coming from Leroux; he teaches courses on “social theory, critical race theory, studies of colonialism, multiculturalism and the politics of social memory.”

Naturally, this “violence” has extended to Canadian campuses where students and teachers alike claim Native ancestry for self-interested purposes. This has resulted in the University of Alberta disallowing only self-identification (or self-Indigenization), and is requiring of individuals “some form of connection to a broader Indigenous community.”

UA’s Chris Andersen, dean of the Faculty of Native Studies and a Métis himself, said “The university wants to help students recognize that it’s a privilege to apply for an award for Indigenous students, and one that comes with certain responsibilities to our family and our community.” Andersen also said that “Métis identity is not a soup kitchen […] it’s not open for people to come whenever they feel some hunger for belonging.”

On the opposite side is Denis Gagnon of Université de Saint-Boniface and former Canada Research Chair on Métis identity. Though he acknowledges some will take advantage of contemporary identity politics, he notes many “are proud of their [Métis] identity of mixed ancestry … and now they are fighting for their rights.” In addition, Patrick Couture, a school teacher and author of “La Préhistoire du Québec,” told The Fix that for many Québécois, the “whole concept of pureblood and Métis is an abomination. Before the British conquest, Frenchmen and Indians were allies and brothers here, heavily borrowing from each others’ cultures, living side by side, [even] intermarrying.”

Nevertheless, Leroux contends folks like Gagnon and Couture are “rewriting history” and “creating an Aboriginal identity for a colonizing people.”

Personally, I have little issue with rectifying historical wrongs such as those against Native peoples. But as you can see, doing so is never as simple as the involved parties may wish. The ambiguity and complexity also makes progressive-generated identity politics an exercise in battered logic and self-deception.

We’ve seen over the last decade that students (and faculty) can pretty much claim to be anybody (or anything) they wish in terms of sexuality, ethnicity, and even gender. Perhaps the most famous example is former Democratic presidential candidate Elizabeth Warren.

Consider this FactCheck.org entry on Warren’s claims of Indian ancestry: It allegedly rebuts President Trump’s remarks that Warren had lied about her background — because a DNA test showed “’strong evidence’ Warren had a Native American ancestor approximately six to 10 generations ago” (emphasis added).

Yet, FactCheck.org also says “DNA isn’t identity” — being a Native American “is socially and culturally determined, and cannot be reduced to a DNA ancestry test.” (The site also, hilariously, asserts there’s no proof Warren used her claims of Native ancestry for any personal benefit.)

But if that’s the case, why doesn’t someone like Rachel Dolezal get the same consideration (and benefit of the doubt) as Warren? A Dolezal DNA test likely would show less of a connection to African ancestry compared to Warren and Indians, but on the flip side, Dolezal’s social and cultural connections to “blackness” are arguably greater than Warren’s to “Nativeness.”

Has anyone created that Politically Correct Hierarchy Handbook yet?