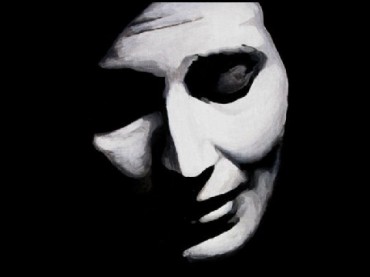 CARLSBAD – For decades, the Sexual Revolution has promoted the guilt-free, do-whatever-feels-right culture, telling men and women to put their desires above all else – children, marriage vows, Godly principles and the like.

The social movement has left a devastating path of destruction in the form of broken hearts, broken families and broken lives.

One former Ivy League professor has had enough, saying the victims of the Sexual Revolution have been ignored and trampled on for too long.

“Our mission is to clean up the mess of the Sexual Revolution,” said Dr. Jennifer Roback Morse. “Nobody has taken any responsibility for doing that.”

Morse is founder and president of the Ruth Institute, a nonprofit interfaith organization that supports traditional marriage.

According to Morse, who taught economics at Yale and George Mason universities for 15 years and also served as a research fellow for Stanford University’s Hoover Institution from 1997 to 2005, the victims of the Sexual Revolution are varied and many, and include:

> women who regret their abortions

> pornography addicts and their families

> stay-at-home moms ridiculed for their choice

The Ruth Institute recently hosted a “Healing the 21st Century Family” conference, and Morse said during the daylong event’s opening remarks that the fight over abortion, marriage, feminism and the like has been largely lost by conservatives because liberals fight with their hearts, while the right fights with its mind.

It’s time conservatives fight with their hearts, too, she said.

“A lot of what is going on in the culture is not intellectual,” she said. “We are being blasted by emotions or feelings. I figure it’s time to get on the same playing field … focus on the victims of the Sexual Revolution.”

In addition to children of divorce, whose scars are on the inside, Morse posited that the “reluctantly divorced” have been “completely invisible in our culture.” She said no-fault divorce, a tool of the Sexual Revolution, means that by some estimates, close to three-quarters of divorces have had reluctant victims.

Morse, author of Smart Sex: Finding Lifelong Love in the Hookup World, said the campus hook-up culture has also created victims, who’ve suffered heartbreak and disappointment. The conference even dedicated an entire panel to the notion that donor-conceived persons, who have been radically separated from one of their parents with the assistance of the state, is another set of victims. It included a donor-conceived woman who told her story. In her opening talk, Morse spent a lot of time on one Sexual Revolution victim in particular: the “heartbroken career woman.” A heartbroken career woman is accomplished, professional, educated, perhaps well-to-do,  but in her late 30s, 40s and 50s she has no or fewer children than she wanted, problems getting pregnant, and maybe not married.

“The heartbroken career woman is somebody nobody talks about, nobody admits she exists,” Morse said. “Whenever you call up the Sexual Revolution, this is the woman who will be trotted out, but what I am going to say to you is it hasn’t really worked for that group of people.”

Morse recalled her own struggles, saying she put off getting pregnant to advance her career, which led to a 4-year infertility crisis.

“For the first time I could not get what I wanted by working harder, trying harder, and being the smartest person in the room,” she said. “The price you pay for what goes on the resume doesn’t go on the resume.”

One of the lies of the Sexual Revolution, she added, was that “we were told we could have it all, and it didn’t matter how long you postpone your fertility.”

“We were told a lie,” Morse said. “Doctors say your fertility peaks in your 20s, and the feminists told them to shut up.”

It’s gotten so bad that, nowadays, infertility is almost part of a woman’s career path, she said.

Morse cited as an example her daughter’s recent experience in an upper-level UC Berkeley demography class, taught by a woman professor who liked to make snide comments about Catholics’ and Mormons’ big families. Then one day the professor let it slip that every female professor she knew had infertility problems, and told the class’ females to expect them, too.

“This is the deal women were offered by the Sexual Revolution, and it’s a bum deal,” Morse said. “You can participate  in college and (career) as long as you agree to chemically neuter yourself during your child-birthing years and go through dangerous fertility experiments during your 30s.”

Feminism and the Sexual Revolution takes the world as it is and makes the woman’s body adapt to it, and “that’s an inhumane policy,” Morse said.

“I say, why not make the world adapt to the woman’s body?”

What’s more, the Sexual Revolution separates sex and procreation from each other and separates both from marriage, and that’s destroying the country’s foundation.

“What we liked about the Sexual Revolution was we thought it was going to be a lot of fun, because we thought it meant having sex without babies,” Morse said. “It’s a very seductive idea, but now it’s to the point were we are having babies without sex.”

The Sexual Revolution says men and woman are interchangeable, and that’s a faulty premise, she said.

“If you are going to try and build a whole society around premises that are false … it ends up expanding the power of the state and ends up being a totalitarian movement,” Morse said, noting that when the family falls apart it’s the state that picks up the pieces, from divorce court decrees to social dependence programs.

The Sexual Revolution has made people more malleable to state control, she explained.

“A person that is addicted to pleasure is a person easier to control and manipulate,” Morse said. “This is another way the Sexual Revolution has not let us free.”

However, “the deepest reason the Sexual Revolution has turned into a totalitarian movement is because what it is trying to do is literally impossible: it is impossible to separate sex and babies.”

“The human connections just keep popping up, so they all have to be suppressed … laws have to be changed.”

Take the Affordable Care Act’s contraception mandate, which Catholics have tried to fight in the courts, largely to no avail.

“Dissent can’t be allowed, in that way it’s totalitarian,” Morse said. “We need to be angry, we have to have some righteous anger, but at the same time we need to understand anger is a great motivator, but it’s not enough.”

The conference, held Feb. 15 in Carlsbad, Calif., also included panels on how to heal from the pain of the Sexual Revolution’s wounds and how to effect change by talking about its victims.

The event marked the first time the Ruth Institute hosted a conference for adults, and indicates a shift in how the nonprofit aims to tackle the national conversation on the meaning and future of marriage.