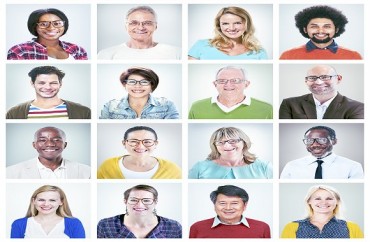 A Rutgers University social science professor set out to research how stereotypes are inaccurate so he could proclaim and promote that to the world with hard scientific data – but eventually made a startling discovery: most stereotypes are accurate.

“When I first began my research, I had assumed all those social scientists declaring stereotypes to be inaccurate were right, so I wanted to know the basis for those claims,” he said. “I would track down the source in an attempt to get the evidence. And slowly, over many years, I made a startling discovery – claims of stereotype inaccuracy were based on nothing.”

In other words, scholars who claim stereotype inaccuracy do not offer citations to a source providing the evidence, or never provide scientific support for their claims.

“As I read more of the literature on stereotypes, I discovered this pattern was pervasive,” Jussim told The Fix. “Every article or book that declared stereotypes to be inaccurate either similarly cited no source, or ended in an identical dead end via a slightly different route.”

‘Stereotype inaccuracy’ is not ‘settled science’

Many researchers cite social psychologist Gordon Allport’s classic book “The Nature of Prejudice” in support of the claim that stereotypes are inaccurate or at least exaggerations of real differences. But Allport relied on a few anecdotes — hardly scientific evidence, Jussim said.

“Famous psychologists declaring stereotypes inaccurate without a citation or evidence meant anyone could likewise do so, thereby creating an illusion that pervasive stereotype inaccuracy was ‘settled science,’” Jussim said. “It was only if one looked for the empirical research underlying such claims did one discover that there was nothing there, just a black hole.” But while stereotypes are not inaccurate by definition, they could be inaccurate out in the world, the professor said. “Stereotypes are almost never perfectly accurate, and they are sometimes highly inaccurate,” he said.

Confused? Don’t be. All he’s saying is some stereotypes are accurate, others are not. That does not mean people should judge whole sets of people based on stereotypes, Jussim said.

‘Stereotype accuracy is one of the largest and most replicable …’

Meanwhile, Jussim and his colleagues have published numerous studies on the accuracy of stereotypes.

One of his most recent publications, “Stereotype (In)Accuracy in Perceptions of Groups and Individuals,” finds that “stereotype accuracy is one of the largest and most replicable findings in social psychology.”

Jussim defines stereotype accuracy as “the extent to which a belief about a group that someone actually holds corresponds with or is discrepant from what that group is actually like.”

There are several stereotypes that have been found to be accurate, and others that have not, Jussim told The Fix.

For example, “race, ethnic, gender and age stereotypes studied have been largely accurate,” he said.

What’s more, he noted “gender stereotypes tend to be quite accurate regarding academic achievement, distributions into different occupations, aggressiveness, helpfulness and nonverbal sensitivity,” he said.

Moreover, “political stereotypes,” or people’s beliefs about liberals versus conservatives or Democrats versus Republicans, often “get the direction right,” he said.

Jussim qualified his statements by saying “all such studies are inherently limited, because they only look at certain people’s stereotypes, about certain characteristics, of certain groups, at a particular point in time.”

Yet, his research on this topic suggests that stereotype studies are an emerging field of inquiry within social psychology.

In order to study a stereotype’s accuracy, Jussim uses a common three step process of statistical analysis and interpretation. “Over the last 30 years or so, rigorous social science assessments of the accuracy of stereotypes have been steadily rolling in — and, usually (though not always), they show that people’s beliefs about groups are pretty (not perfectly) accurate. Pointing this out has often evoked harsh yet scientifically vacuous responses,” he said via email.

Suggesting that some stereotypes are accurate challenges the politically correct orthodoxy of academia. Jussim noted that at conferences where he presents his research, “comments have sometimes gotten aggressive, sneering and insulting.”

“I have never received anything like the hostility I get for stereotype accuracy when presenting other research,” Jussim said. He catalogs some of the nastiest comments that he received during presentations in his blog, Rabble Rouser.

But responses to his research have not all been negative, and Jussim said he finds this encouraging.

“Some of my colleagues seem grateful that someone has come along as a sort of reality check to the wildly invalid and common testaments to stereotype inaccuracy that appear throughout academia and even the scholarly literature,” Jussim said.

“This shows that academia is not entirely closed to findings that challenge cherished beliefs,” he added.

Jussim is also a co-founder of Heterodox Academy, a website compiled by professors who wish to return freedom of thought, expression and scholarship to a higher education system characterized by unquestioning acceptance of certain ideas.

RELATED: Freethinking profs – fed up with peers’ blind devotion to leftist tenets – launch their own website