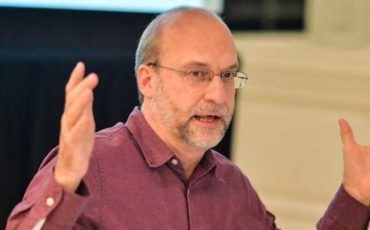 The discipline has its own ‘sacred project,’ or dedicated purpose which it does not question

A University of Notre Dame sociologist told The College Fix in a recent interview that while his discipline has much to offer, it suffers from a misunderstanding of religion and other important aspects of many people’s lives in favor of promoting its own secular ideology.

Christian Smith (pictured), a Catholic and a sociologist, told The Fix that the academic discipline of sociology in America is dedicated to its own “sacred project” – but it’s not Christianity, Judaism, Buddhism, or anything else most people would recognize as a religion.

Instead, sociology is zealously dedicated to its own ideal of absolute human freedom and autonomy that is incompatible with many philosophical and religious views.

In his 2014 book, “The Sacred Project of American Society,” Smith gives a representative sampling of other new new books and research in sociology to show its inherent bias and distance from mainstream American life. “Going Solo: The Extraordinary Rise and Surprising Appeal of Living Alone” by sociologist Eric Kleinenberg, “takes an informal normative position positively recommending the benefits of living alone.”

In “Gender Vertigo: American Families in Transition,” the sociologist author argues that “we can create a just society only by creating a society in which gender is an irrelevant category for social life.” “Society without God: What the Least Religious Nations Can Tell Us About Contentment” constitutes a sociologist’s promotion of the view that “the world can be more peaceful without organized religion.”

Citing these books and many related examples reveal American sociology’s “sacred project: “to realize the emancipation, equality, and moral affirmation of all human beings as autonomous, self-directing, individual agents (who should be) out to live their lives as they personally so desire,” according to Smith.

While the American Sociology Association defines sociology in neutral and simple terms as the “study of society,” Smith argued in his book that such a definition only accounts for what sociology does, not its purpose.

Smith also noted in his book that American sociology has been heavily influenced by revolutionary secular movements such as Marxism, post-modernism, the sexual revolution, third wave feminism, and the LGBT movement.

Smith also stated in the interview that “it would be better if sociology did not have any sacred project, other than truth seeking about social causes in human life, but just acted like an open-minded social science.”

“How can sociology be true to its mission if it ignores a major piece of human social life?” he said.

“The secular, naturalistic bias behind that neglect also means that sociologists may not be fully in tune with the realities of a lot of human lives.”

“Reality needs to drive sociologists’ understandings, not vice versa … what is lost is the potentially richer, fuller understanding of human life that our disciplinary biases impose.”

He described the case of fellow sociologist Mark Regnerus, who was ostracized by fellow sociologists and attacked by the American Sociology Association for publishing research finding an association between negative outcomes for children and having parents in some same-sex relationships.

Smith also cites the case of Lenore Weitzman, an acclaimed sociologist whose research on gender inequality after divorce was cited by the Supreme Court and influenced divorce law reform in 14 states. Her research was later found to be “flawed” and her conclusions “probably incorrect,” according to The New York Times.

Smith asserted that the “sacred project” is the motivating factor behind Weitsman’s apparent dishonesty. Motivated by the sacred projects’ effort to liberate women from inequality, Weitzman was biased to believe that they suffer more than men in the wake of a divorce.

In the interview, Smith urged current college students who want to be critical of sociology’s ideology to be “open to what seems empirically true” and to be “self-critical and ask questions when others [including professors] aren’t.”

Critically, Smith urged students to identify and question “taken-for-granted beliefs” — for example, that gender is oppressive, solitary living is good, and irreligious societies are preferable.

Despite sociology’s failings, however, Smith defended his discipline as a valuable contribution to academia and American life. “Sociology trains us to see and understand the social causal forces that produce so much of what we care about,” he told The Fix. “Without the disciplined inquiry into social causalities, we would be missing a huge part of the explanation for things we care about.”

Smith wrote that he supports sociology as a discipline but opposes it when it claims fake objectivity.

“What I am against…is American sociology …actively promoting a particular sacred project while also living in denial about the real nature of that project and presenting itself instead to others as the mere ‘science of human social life.'”

MORE: Professor Christian Smith has had enough with the bullsh*it in American higher ed 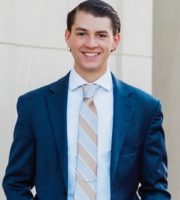