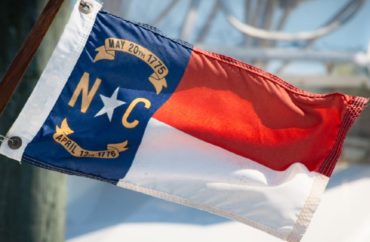 A new report from the James G. Martin Center for Academic Renewal suggested some degree programs are not worth the cost at several universities in North Carolina.

The January study used Debt as a Percent of Earnings to determine if specific degree programs or universities are in one of four categories: reward, monitor, sanction or sunset.

However, North Carolina A&T University disputed the findings of the Martin Center report. NC Central and Elizabeth City did not respond to requests for comment.

“The Martin Center analysis draws exclusively from College Scorecard salary data,” Todd Simmons, a university vice chancellor, told The Fix. “This median annual earnings data is only representative of alumni ‘who received federal financial aid during their studies and completed an award at the indicated field of study,'” Simmons said.

The analysis “does not take into account many generations of underfunding and marginalization of public historically Black colleges and universities.”

The study also does not include students who received only Pell Grants or no federal aid at all and only represents students who have the highest need for financial aid, Simmons said.

According to Simmons, five of the six campuses with the lowest performance in the Martin Center study have suffered from the “abiding inequities” created by the misuse of funding.

“One analysis that we feel is more representative is produced by U.S. News & World Report,” Simmons said. This report shows “a ‘median starting salary‘ of our alumni of $54,900, as opposed to College Scorecard’s $41,157 in median third-year earnings by A&T alumni.”

A researcher at the Texas Public Policy Foundation, which created the data set that the Martin Center relied on, told The Fix via email the criticism about the formulas is a “red herring.”

“It is true that the US Department of Education data only includes federal aid recipients (for earnings) and borrowers (for debt levels),” Andrew Gillen wrote in a media statement provided to The Fix. “[Y]et this is the correct target population for answering the question ‘can the typical borrower from this program repay their student loans.”

MORE: A law degree is one of the worst investments of any program, study finds

Gillen said the “demographic argument” is harmful to low-income populations. He says that demographics are not a consideration for any federal aid program and that it is “misleading.”

“NC A&T is arguing that they should be held to a lower standard due to the demographics of their students,” Gillen stated. “But in practice that would let HBCUs impose more student debt on their students than other colleges.”

“How does this help HBCU students? It doesn’t. But it does help HBCUs, which is why NC A&T is pushing for it,” Gillen told The Fix.

“Institutions and other stakeholders also might investigate why particular programs appear to be underperforming,” Kissel said. He referenced recommendations he made in a similar report on West Virginia universities.

“In some cases, such as law and dentistry, the nature of the discipline may not be suited to assessment just two or three years after students graduate,” Kissel wrote. “This is why, for example, medical schools are not included in this report. Students in such programs are often willing to take on large amounts of debt for a longer-term payoff.”

The Martin Center report concluded by suggesting that “[a]dministrators, policymakers, and lawmakers…conduct further analysis” to figure out why there is a low return on investment in so many programs.

Simmons, the North Carolina A&T representative, said that compensation in some fields needs to be looked at as a way to raise the return on investment. The Fix asked if a possible solution might be certificate based learning for lower-paid careers.

He said the issue is pay: “Another way to look at this issue might be, ‘Are there ways that we can raise teacher and school counselor salaries across the country?’”

“There are many socioeconomic, cultural and political factors that go into determining educator salaries, and little agreement on teacher pay by relevant policy makers,” Simmons told The College Fix.

He said his university “cannot change those dynamics, but we can continue to highly value educators and provide the education they are required to have by law to serve the needs and interests of students and families and succeed in their profession.”

Editor’s note: The article has been updated to remove reference to UNC Schools of the Arts being contacted. Due to a College Fix error, the school was not asked for comment. The article also includes a longer quote from Todd Simmons.