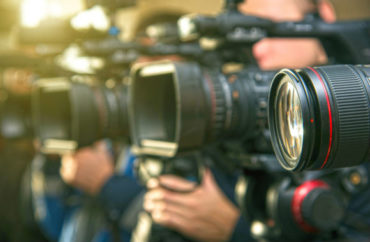 A professor at Oakland University claims a program that has spent more than $2,000 to outfit its students and faculty with hockey pucks to ward off school shooters is a “publicity stunt” meant to embarrass the Michigan school into outfitting its classroom doors with locks.

A member of the student government, meanwhile, also says the program was a “stunt,” writing it was crafted for that purpose by students, faculty and the campus police department.

The university recently announced the plan to give hockey pucks to its faculty and many of its students as a preparedness measure against active shooters. The school proposed that faculty and students could throw the pucks at shooters, injuring and potentially disarming them.

David Garfinkle, a professor of physics at Oakland University, dismissed the proposal as a “stunt” meant to force the university to pay for locks on the school’s classroom doors.

“Hockey pucks are not a particularly effective response to an active shooter. The usual suggested responses are (1) run away, (2) barricade yourself in, (3) only if (1) and (2) are not possible, then try to fight back in some way. One helpful tool for option (2) is to have classrooms that lock from the inside,” Garfinkle said.

A recent series of Reddit posts by a user named “bigmachill” seemed to corroborate Garfinkle’s claims. The writer of the posts claimed to be “a part of Oakland University’s Student Congress.” The username “bigmachill” is also associated with an Instagram account of a woman named Mackenzie Hill. A student named Mackenzie Hill is listed as the Student Services Director of Oakland’s Student Congress.

In one of the posts, the writer claimed that “the hockey pucks were a publicity stunt formulated by our on campus police department, our faculty union, and [student] congress.”

“And I mean hey, it got publicity so hopefully the admins decide to actually protect their fucking students and put a higher priority on funding campus safety,” the post continues.

Reached via her school email, Mackenzie Hill confirmed she wrote those posts and that they reflect her “personal opinions on the matter and the reasoning as to why I approved of this initiative,” and that the “individual motives of each department who made this possible” may be different from her own.

Hill provided The Fix with a statement from the Oakland University Student Congress:

This initiative is based around campus safety and awareness of the ineffective locking mechanisms on the current classroom doors. What the media has been saying is true, hockey pucks have been circulated throughout the university, but we are in no way saying these hockey pucks will protect you from an active shooter. They are a means of the last line of defense in an active shooter situation. The first step that should be taken is to run and then hide and then, if need be, fight back. These particular hockey pucks contain a fund number (33395) for a fund that is dedicated/designed to collect donations that will then be put towards getting effective locks on our classroom doors.

Although the hockey pucks are what is gaining attention, the focus of this campaign should be the door locks and the lack of funding currently in place for them. What we are hoping to get out of this campaign is awareness that our current safety measures are ineffective in the case of an emergency and this needs to change.

Campus spokesman Brian Bierley told The College Fix in an interview: “It’s very important that you know this is a last-resort defense idea. Many news outlets have misconstrued the context of the story in order to have a catchy headline. In fact, our police chief advocates running and hiding as first options and fighting only when there is no other way to avoid contact with an attacker.”

Bierley did not respond when asked if the hockey pucks were simply a publicity stunt.

The Fix also reached out to the university’s police chief for comment; the chief did not respond.

Dylan Pescarolo, a student at Oakland University, told The Fix via phone that he considers the proposal “ludicrous.”

Pescarolo doubted that students could stop a gunman with a hockey puck. “It does hurt, but what if I’m twenty yards out?” he asked.

“If we make this idea go public, the gunmen who come to our university will just wear a hockey mask, and [the hockey puck] will make no effect whatsoever,” he added.

When asked, Pescarolo said he didn’t think the program was a stunt. “Why not use [the hockey puck] money just for the locks?” he said. Pescarolo said he believes that “there should be armed guards at every entrance of every building on campus at school.”