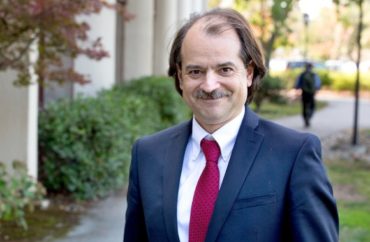 ‘Like an elephant being attacked by a house cat’

“If we had not known about a new virus out there, and had not checked individuals with PCR [virus] tests, the number of total deaths due to ‘influenza-like illness’ would not seem unusual this year. At most, we might have casually noted that flu this season seems to be a bit worse than average.”

This was not written by some right-wing crank claiming coronavirus is a conspiracy to deny President Trump a second term, or an excuse to bring down capitalism.

The coronavirus-driven crackdowns on public life by state and local political leaders are being made in a data vacuum, Ioannidis warns, and extreme government measures to prevent infections may actually lead to more deaths.

Three months after the outbreak emerged, most countries, including the U.S., lack the ability to test a large number of people and no countries have reliable data on the prevalence of the virus in a representative random sample of the general population. …

Patients who have been tested for SARS-CoV-2 [COVID-19] are disproportionately those with severe symptoms and bad outcomes. As most health systems have limited testing capacity, selection bias may even worsen in the near future.

The one situation where an entire, closed population was tested was the Diamond Princess cruise ship and its quarantine passengers. The case fatality rate there was 1.0%, but this was a largely elderly population, in which the death rate from Covid-19 is much higher.

The general ignorance of journalists when it comes to reporting scientific research is making the response worse.

Consider the complicating factors when trying to project that one cruise ship’s mortality rate “onto the age structure of the U.S. population”: It’s based on seven deaths, in a population (tourists) that “may have different frequencies of chronic diseases” than the general population.

A population-wide case fatality rate of 0.05% is lower than seasonal influenza. If that is the true rate, locking down the world with potentially tremendous social and financial consequences may be totally irrational. It’s like an elephant being attacked by a house cat. Frustrated and trying to avoid the cat, the elephant accidentally jumps off a cliff and dies.

Congratulations to #StanDOM's John Ioannidis has been elected to @theNAMedicine for his "outstanding professional achievements" related to #diseaseprevention & #healthresearch. https://t.co/c2broPVe3D pic.twitter.com/csmcGXoI0M

The Stanford scientist notes that “mild” coronaviruses (not COVID-19) have much higher case fatality rates when infecting “elderly people in nursing homes” (the main cluster of cases in the Seattle area), and account for up to a tenth of respiratory hospitalizations.

Ioannidis further notes the difficulty of nailing down what might have killed a person with multiple infections, citing an autopsy series of elderly victims of respiratory viruses: “A positive test for coronavirus does not mean necessarily that this virus is always primarily responsible for a patient’s demise.”

His own “mid-range guess” for the COVID-19 mortality rate – 0.3 percent of the general population – would produce 10,000 deaths, but that would not even register a blip “within the noise” of estimated deaths from “influenza-like illness.”

Without better data (and yes, the Trump administration irredeemably botched the testing), policymakers are using “prepare-for-the-worst reasoning” to impose “extreme measures of social distancing and lockdowns”:

Unfortunately, we do not know if these measures work. School closures, for example, may reduce transmission rates. But they may also backfire if children socialize anyhow, if school closure leads children to spend more time with susceptible elderly family members, if children at home disrupt their parents ability to work, and more. School closures may also diminish the chances of developing herd immunity in an age group that is spared serious disease.

The conventional wisdom to “flatten the curve” – managing the load on the health system through social distancing – could even backfire, Ioannidis writes:

Yet if the health system does become overwhelmed, the majority of the extra deaths may not be due to coronavirus but to other common diseases and conditions such as heart attacks, strokes, trauma, bleeding, and the like that are not adequately treated. If the level of the epidemic does overwhelm the health system and extreme measures have only modest effectiveness, then flattening the curve may make things worse: Instead of being overwhelmed during a short, acute phase, the health system will remain overwhelmed for a more protracted period. That’s another reason we need data about the exact level of the epidemic activity.

He warns policymakers to consider the consequences of “lockdowns of months, if not years, [where] life largely stops.”

If we’re going to risk the “financial crisis, unrest, civil strife, war, and a meltdown of the social fabric” caused by such extreme measures, “we need unbiased prevalence and incidence data for the evolving infectious load to guide decision-making.”

Many pixels have been spilled mocking the Trump administration for its indifference to rigorous science, with some criticisms more fair than others.

But Ioannidis’s analysis should be taken the most seriously by state and local leaders, who actually have the power to destroy their economies and civic life, and the scientifically ignorant media who feed them doomsday coverage.