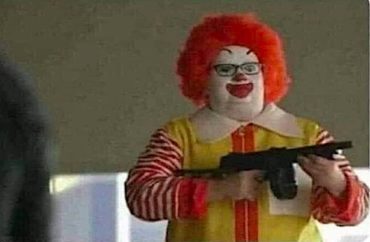 Crime is through the roof in America’s big cities as police are leaving their respective forces in droves … in large measure due to attitudes towards the profession since mid-2020.

A big part of this attitude shift are the calls to defund police departments because of alleged racism, excessive force, police brutality, etc.

But as usual progressives ignore Occam’s Razor and highlight other factors for America’s crime spike, such as the so-called “Great Resignation.” CNN cites this phenomenon separate from “the climate for law enforcement” and “local [police] reform efforts” as a reason why it’s been difficult keeping police departments staffed adequately.

But a facet of this Great Resignation is “feeling disrespected at work,” which 57 percent of Americans cited as either a “major” or “minor” reason for quitting their jobs. The “climate for law enforcement” and “local reform efforts” tie directly into this, especially as the latter includes demands for police abolition.

So you have to hand it to the group Abolish Stanford, described by The Stanford Daily as an “autonomous formation fighting for police abolition and total liberation at Stanford University and across the peninsula.” It’s sticking to its guns (pun intended) in a recent op-ed titled “De-militarize the police,” and it takes advantage of renewed progressive demands to ban so-called “assault weapons” like the AR-15.

MORE: Abolish Stanford: Police abolition is the only answer

After all, AS argues, why should law enforcement carry AR-15s when the police in Uvalde, Texas did not even bother to use them, instead “reserving their violence” for the worried parents outside the school? Somehow, too, police shouldn’t carry such weapons because a 911 dispatcher in Buffalo, New York allegedly hung up on an employee of the grocery store in which numerous people were killed by another mass shooter. Also, a recent increase in the number of New York City subway officers failed to nab yet another gunman.

The police in this country are fucked. If they act, they are eviscerated as too aggressive, racist & violent. If they don't act they are excoriated as cowards & buffoons. I gotta say – fuck that job. My son wants to be a cop. But, I have advised him now is not the time.

There’s still much we don’t know about what exactly transpired in Uvalde, but one theory is those cops’ hesitancy to enter the school may be tied in to the greater phenomenon of second-guessing police since George Floyd was killed (the very catalyst for the “defund cops” movement in the first place). Meanwhile, the Buffalo 911 dispatcher is related to that Great Resignation, and the gunman who got away from the NYC cops was yet another career criminal let go by progressive DAs.

Abolish Stanford’s Instagram page features a graphic stating “Thinking about abolitionist responses to sexual harm can be scary.” That’s quite an understatement. For example, in the liberal “utopia” of Seattle investigations into sex crimes have “plummeted,” according to a local report from April.

How come? Not enough cops. 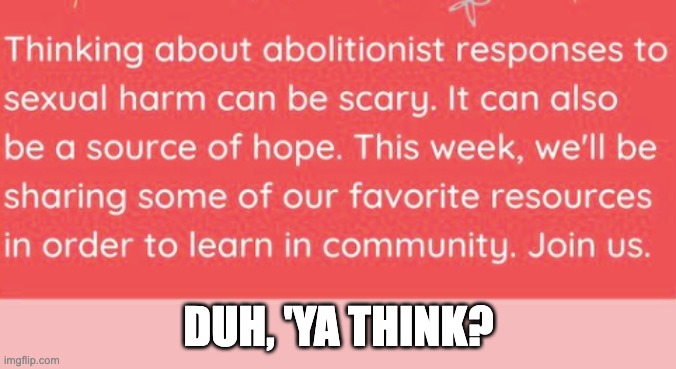 “Whether we want to admit it or not, we are living in a death cult, in no small part due to this country’s obsession with police,” Abolish Stanford says. “We must work to end policing, war and militarization here and around the globe.”

Sure, it’d be nice if today was like Gene Roddenberry’s vision of the future. Unfortunately, it’s not even close. So groups like Abolish Stanford are going to have to try a lot harder to convince people to do away with police when their ideological brethren in government are renewing their push to ban guns … all the while passing bills like this.