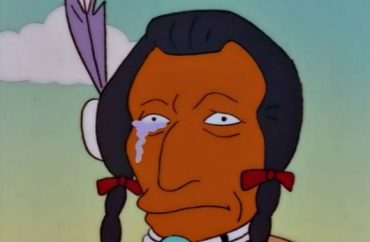 If you want to boost giving to your college, consider ditching your politically incorrect mascot.

That’s the conclusion of a study by Yale University researchers that looked at how potential donors responded when presented with “images showing students wearing stereotypic Native American clothing and apparel.”

The “focal university” in the study is the University of Illinois. Though it’s not directly named, the description of the mascot makes clear that the study refers to Chief Illiniwek. The institutional review board at the University of Illinois also signed off on the study. The university ditched the chief in 2007 but didn’t ban the “war chant” at games until 2017, in a bid to be “inclusive.”

Published in the Journal of Experimental Social Psychology, the study involved two experiments. Each asked a control group to look at “university advertising materials” that included pictures of students around campus. The “stereotype exposure” group also saw “a handful of images showing students wearing stereotypic Native American clothing and apparel” mixed in with the neutral photos.

The first experiment used advertising materials and images from the University of Illinois and three “comparison” Illinois universities. It used 301 adult participants from across the U.S., about four-fifths of whom were white.

Turns out, it's hard not to see the mascot in and around the campus. Despite it's "unofficial" status, the mascot is everywhere around town–there is even a memorial to the mascot on a lawn about a block away from campus, and a mural at the pub wall next to the psych building! pic.twitter.com/vwiM8C4akN

The second differed in two ways: advertising materials from the University of Illinois alone were used, and participants were asked to “rate their belonging” at the focal university. It used 582 adults from just Illinois, about three-fifths of whom were white.

Participants were then given $2 to donate among the four universities. The two experiments found that donations to the University of Illinois fell by 5.5 percent among participants exposed to the “stereotypic mascot,” compared to “stereotype free university advertisements.”

The researchers also found that those low in “explicit prejudice” toward Native Americans gave smaller donations after seeing the mascot images, and those high, gave larger donations. The same was true for how each group reported “belonging” at the university.

The University of Illinois’s failure to replace Chief Illiniwek with another mascot has “allowed the normative expression of that stereotype to continue on campus and online,” the study says: His likeness was found in half of “institutional spaces” and 1 in 10 “visible institution-related apparel.”

The findings suggest that “institutional norms play an important role in expressions of prejudice and experiences of belonging,” they said. The study was conducted by Yale social psychologist Michael Kraus and Ph.D. student Xanni Brown, as well as Hannah Swoboda, a research assistant in psychology at the University of Chicago.