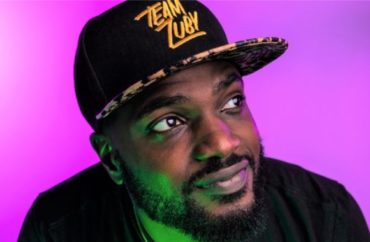 ‘Inappropriate’ to fund someone with history of ‘transphobic comments,’ student senate says

The student senate at Stetson University denied funding for a Young Americans for Freedom event with British rapper Zuby over concerns about “harmful speech.”

The event, which may still take place without funding in November, caused problems for the student senate, which fretted about “harmful speech.”

“Unfortunately, after doing some research on Zuby, the senate has decided not to fund this event,” student senate member Skylar Endres wrote in an email. The denial first happened in September, but YAF just published the information on October 18.

“After googling Zuby, we found transphobic comments and felt that it would be inappropriate to fund him coming here,” Endres wrote. The rapper has criticized the “transgender agenda” and made a video in 2019 where he “identified as a woman” to break the British women’s deadlift record.

During the event proposal hearing in front of the SGA, student government members warned the YAF chapter’s leadership that if the event were to be approved, Zuby would be pulled off stage the moment he partakes in “harmful speech,” including any form of criticism of the LGBTQ+ movement.

The denial is just the latest example of woke students being worried about students hearing different points of view.

The Gettysburg College Student Senate voted in March to deny funds for a YAF event with Ryan Anderson about transgenderism. “I just don’t think that someone’s identity is a debate,” student senator Anna Benson said during the meeting. College officials have since joined in organizing a protest against Anderson, a conservative scholar on social issues.

“It could, would make students feel unsafe and unwelcome to have someone who’s actively speaking out against another person’s identity,” Benson said. “And I just don’t think that’s right for us to do…with students who are very marginalized and unsafe.”

Students and taxpayer-funded staff at the University of Wisconsin-Superior also strategized how to protest an event against Daily Wire commentator Matt Walsh, who also planned to speak about transgenderism, the lie that someone can change their gender.

Violent students at the University of New Mexico also shut down a speech by socially liberal commentator Tomi Lahren, while Black Lives Matter activists stormed a speech at the University at Buffalo in protest of black conservative Allen West, a former U.S. congressman.