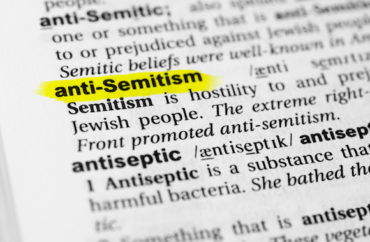 A mob of student activists chanting “free Palestine” disrupted a student government committee meeting Monday at the University of California-Berkeley, as the body was scheduled to vote on a resolution to condemn a pro-Palestinian student group for anti-Semitism.

In a video tweeted by Middle East analyst and Israeli Defense Forces reservist Yoni Michanie, protesters loudly and energetically chant while waving a Palestinian flag. Michanie called the protest evidence of the rise of anti-Semitism in America.

Last night, UC Berkeley's student government was supposed to vote on a bill that would condemn antisemitic incidents occurring on campus.

Instead, Jewish students were silenced and abused.

Still wonder why antisemitism is on the rise in America?

Take a minute, and watch this: pic.twitter.com/oTbeY5hqTK

The University and External Affairs Committee was scheduled to vote on a resolution that would condemn “Bears for Palestine for their display in Eshleman Hall Glorifying Violent Terrorists.” That has now been put off until next week.

According to The Daily Californian, the resolution asks the pro-Palestinian group to “significantly alter” or remove photos of three Palestinian leaders from the club’s cubicle in Eshleman Hall. One of them, Leila Khaled, is holding an AK-47 rifle.

An op-ed accused the club of “commemorat[ing] individuals whose reputations stem from their murder of Jewish people.” Khaled, Rasmieh Odeh and Fatima Bernawi were involved in several attempted terrorist attacks in the United States and Israel in the late 1960s and early 1970s.

Bears for Palestine called the resolution a “dog whistle tactic” in a statement given to the Daily and claimed it violated the group’s freedom of expression. The club claims the Palestinian leaders are “fighting or have fought for Palestinian self-determination” as protected by the United Nations.

Daily reporter Sebastian Cahill live tweeted the meeting, documenting the signs for both pro-Israel and pro-Palestine protesters at the Monday committee meeting and providing video clips.

Senator Milton Zerman, the resolution sponsor, called the members of Bears for Palestine “godless,” Cahill tweeted. Students who identified as Zionists left the room as the pro-Palestinian students chanted “Free Palestine,” he said.

More than 110 people who attended the meeting signed up to speak, leading to a contentious series of speeches, Cahill’s Wednesday report said.

“Bears for Palestine might as well have not come to this meeting,” Zerman said in his speech. “The Popular Front terrorist group is not Muslim; it was a secular group. Their members are godless and so are the Bears for Palestine.”

The room was “very tense” and filled with “verbal insults” between members of the opposing groups, according to the report. A particular point of dispute was the public nature of the meeting:

Later in the meeting, a woman recorded a BFP speaker who had asked not to be recorded. The woman was asked to leave by ASUC Senator Media Sina, who chairs the committee. Zerman, who was sitting with a group of his supporters, said that the woman speaking was just “scared to be on video supporting terrorism.”

Zerman shouted several other insults at speakers over the course of the evening, including calling a speaker describing her experience watching her best friend be killed by a soldier a “coward.”

BFP members and supporters accused supporters of the resolution of “continually taking photos of speakers who requested not to be photographed, which led to self-identified Zionist students walking out of the meeting,” according to the report.

The meeting, which also featured chants of “fuck Trump,” was adjourned without getting through the full list of speakers or holding a vote on the resolution. Committee chair Sina, who motioned for early adjournment, told the Daily she feared for “the physical safety of all attendees.”

The vote will now take place on February 10.

MORE: U. New Hampshire prof: Black antisemitism is the fault of white gentiles