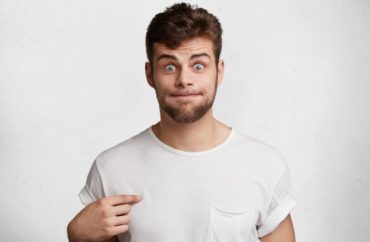 A black freshman at Washington DC’s American University recently referred to white students returning to campus as an “invasive species.”

AU is open for “temporary” housing for half of the spring semester, which means approximately 1,250 students will be living on campus between March and May.

Kayla Kelly writes in The Eagle that the housing is a form of “settler colonialism” because most of those taking advantage of the opportunity will be “affluent white students.”

The freshman also pulls a Ray Nagin, mayor of New Orleans during 2005’s Hurricane Katrina: The white “invasion” could affect DC’s status as a “chocolate city.”

Some students who criticized AU’s housing decision faced — gasp! — “negative reactions” from their classmates. One of the critics, Katherine Greenstein, had a concern about “medical racism”:

Medical racism is real, and there is no doubt that involving privileged, mostly white students who are very likely to survive COVID-19 if they get it, will harm the people already living in D.C. …

I’m terrified that one reckless AU student could get me in a hospital on a ventilator at the end of this year. I could not imagine the fear of at-risk people, especially those who experience medical racism and discrimination in medicine, watching AU students flood to campus and in apartments around the city, potentially spreading COVID to hundreds of people.

Greenstein added “I have no doubt that this will enforce settler colonialism and create mass harm to Black people living in D.C.”

Another housing decision critic, Ali Siddiqi, said “You’re going to see a lot of people exhibiting their privilege.” He noted some AU students have done so already by taking selfies with National Guard members still stationed in the city — “as if it were a joke.”

Kelly concludes by noting these invasive, privileged and “rash” white settlers are just “tired of living at home” and are “acting out in rebellion due to th[eir] newfound freedom.” She accuses them of not contributing anything to the communities in which they live; indeed, they’ll “buy out stock at stores and malls” … leaving a pittance for the natives.