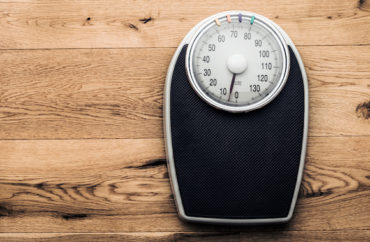 A student group at a public California university is hosting a monthlong “Body Love Month” celebration, which included events about how “menstruation and environmentalism go hand in hand” and a trip to a makeup store for classes geared towards transgender and non-binary individuals.

The Student Assembly for Gender Empowerment at the University of Southern California has sponsored the series of “events and activities surrounding body empowerment, intuitive eating, and celebration of our individuality” throughout the month of October.

According to the Facebook event for the monthlong observance, the group advocates “an intersectional approach to Body Love that focuses on people of color, people with visible and invisible disabilities, people with mental illnesses, people from working class backgrounds, queer ppl, womxn, and transgender, nonbinary and non-gender conforming folx.”

Body Love Month coordinators did not respond to requests from comment from The College Fix about the event or their attendance numbers. The Facebook event for the series has 153 “interested” individuals out of the university’s 19,000-plus undergraduate students.

One event hosted by the assembly was an “Eco-Period party” meant to “simultaneously empower students to feel more comfort surrounding menstrual health and their identities while also highlighting the intersection of body love and earth love.” The party featured red velvet cupcakes.

The group also sponsored a trip to a local Sephora, a makeup store, for a beauty class focused “on makeup skills for trans and gender non-conforming folks who might otherwise feel excluded from makeup use.” Students could also attend a “Self-Care for Body Hair” event that offered answers to questions such as: “What do you do with your body hair? Does your relationship with your body change when you’ve shaved recently? Do you shave at all?”

At the group’s “signature event,” a “body love fair,” students were treated to “crafts, donuts, boba, music, and self-lovin’ vibes!” At that event, attendees were also invited to “release your anger at our Scale Smashing!”

The series, which used to be a week-long, extended to a month in 2015.

“We realized that a week is not enough. There are so many identities and trying to encompass them into one week, even one month isn’t enough.We wanted to expand it to try to include all audiences,” the director of the series told the student newspaper The Daily Trojan.