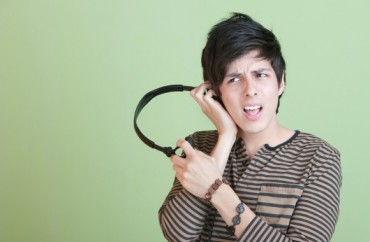 The latest example of an alleged “microaggression” hails from Syracuse University, where a student suggested her music scholar was guilty of one for not knowing the latest cultural music trends relevant to her heritage.

The comment was made at an open meeting held by the chancellor’s workgroup on diversity and inclusion. It was meant to allow students a chance to air their grievances.

“One student said a music faculty member was unaware of the latest musical trends in this student’s culture. The student felt this was a micro-aggression against her,” recalls Dr. David Rubin on Syracuse.com. Rubin, a longtime distinguished professor and dean, attended the workshop and reported his observations.

“Why didn’t this young woman simply offer, in a friendly way, to visit the faculty member and introduce this new music? A micro-aggression? Please,” Rubin continued.

RELATED: Being tall is a microaggression at Lynn University

Reached for comment by The College Fix on Sunday, Rubin said he believes the female student in question was Native American.

Rubin’s larger point about the workshop, held earlier this month, was that the students’ complaints of bias and claims of institutionalized racism – while likely sincere – were presented in a vacuum. Their frustrations were not voiced to those they were largely aimed at, white folks, nor were students who bemoaned their plight challenged in any way during the meeting.

First, the people who need to hear these cries—the majority white faculty, staff, and student body–were largely not in the room. For them this was not a safe space to be, a concept that cuts two ways, although I don’t think the attendees at this meeting realize this.

Second, it was not a safe space because there was no true discussion, which is how change comes about in a democratic society. Not once in more than 90 minutes did anyone stand and say “I disagree with what was just said,” or “I have another perspective on that.”

The “discussion” was airless and self-validating. The single exception was an Hispanic faculty member who pleaded for a little humor in assessing true racial slights. …

Since the university will continue these sessions next semester, they must make a stronger effort to attract students and faculty members with different views. The venue must be a truly safe space for everyone’s free speech. Audience members must not try to suppress the offensive speech they will hear. I constantly remind my students that the First Amendment exists to protect offensive speech. We don’t need a First Amendment to protect speech no one finds offensive.

Painful though it may be, hashing out differences by listening to the offensive speech of others is what brings about change. And I assume the students and the administration really do want change, and not just listening sessions to keep a tenuous peace. Until a truly safe space for wide-open and robust debate of these issues is created, these listening sessions will not further the university’s goals.

Rubin told The College Fix that he sent his column to students from his recent First Amendment law courses “in hopes that they would profit from it.”

Certainly they shall. Today’s students – more than ever – need to be reminded that the First Amendment exists in part to protect offensive speech, like it or not.