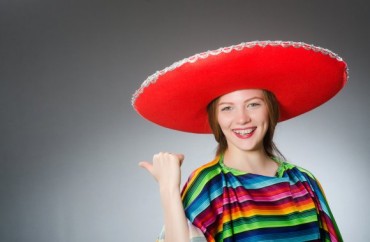 One of the students who was vocal about Clemson’s “Maximum Mexican” food day in the college’s cafeterias didn’t have an issue with the “offensive” costumes and regalia at other times, such as when her own campus organization advertised an event.

The Tiger News reports that junior Clemson junior Mitzi Gamez had tweeted “Our culture is not a costume & we will not be mocked!” with regards to the “sombreros dining staff wore and the decorations throughout the […] dining halls” (during “Maximum Mexican”).

“They serve Mexican food all the time; that wasn’t the problem,” Gamez continued. “It was the costumes and the way the students took that, like grabbing sombreros from workers and asking ‘Does this make me look illegal?’”

She added, “I shouldn’t have to feel uncomfortable eating my lunch.”

But Gamez, who is co-president of the campus group Latinos Unidos, appears to be rather selective about what offends her. For, as Badger Pundit points out, last year her organization put the word out about a “Super Taco Night” which featured the following image:

In addition, in April of last year, she approved of the “cute sombreros” worn at Clemson House’s “Fiesta Night”: