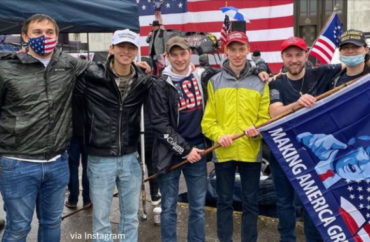 Student activists at the University of Oregon are working to remove the College Republicans from campus after some of its members attended a “stop the steal” rally.

“Members of the university’s student government are working to ‘deplatform’ the club by cutting off its organizational funding and revoking its status as an official campus group,” the Washington Free Beacon reports. “The governing body has yet to dissolve the club, though it unanimously passed a resolution calling for ‘cultural competency training’ for all organizations during a meeting with College Republican leaders.” 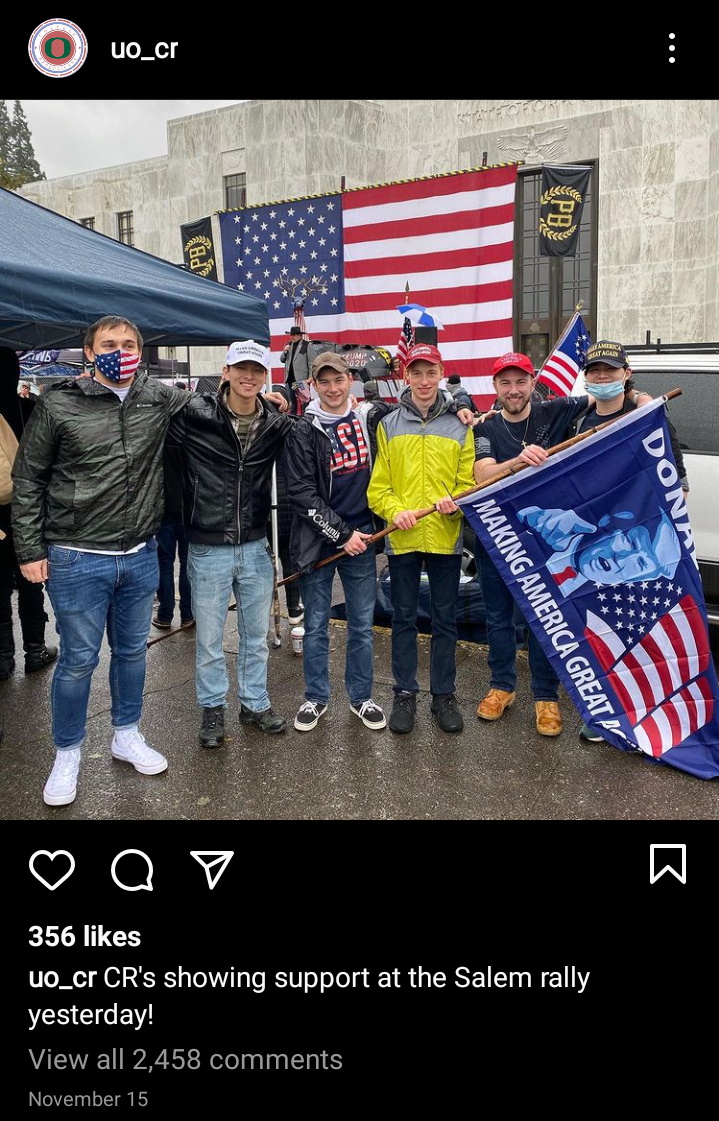 The Daily Emerald reports the student government was hamstrung in doing more against young GOPers in an article headlined: “ASUO struggles to reprimand UO college republicans with its limited powers.”

The student government “passed a resolution condemning white supremacy on Nov. 27. The UO College Democrats’ call to defund and derecognize the UO College Republicans prompted the statement, after UOCR posted a video of an interview with a Texan Proud boy to its Facebook page and a picture of members at a ‘Stop the Steal’ rally to its Instagram with Proud Boy flags visible in the background,” the Emerald reports.

Isaiah De Alba, the College Republicans’ political director, told the Beacon the organization does not defend the Proud Boys “in any way, shape, or form.”

“The reality of the situation is that this is not about our one-time Instagram post.… This is about a long-standing hate for conservative ideology on campus and the mob mentality at our university,” he said. “We are more than happy to compromise with [the student government] in some way that does not conflict with our conservative beliefs or beliefs in free speech.”

The pressure on the UO College Republicans remains. On Dec. 10, the Emerald published an op-ed headlined: “It’s time for the University of Oregon College Fascists to go.”

“There is only one option: the College Republicans must be suspended, delegitimized by stripping its name and punished like all groups immersed in fascist ideology that came before them,” wrote columnist Parsa Aghel.

The College Republicans responded in a prepared statement calling the op-ed “highly defamatory.” The statement suggests student Republicans have also been doxxed, and called the whole attempt a push by the student government and College Democrats to silence opinions with which they disagree.

The University of Oregon College Republicans stand ready to defend our organization, our members, and the constitutional rights of the entire campus community. pic.twitter.com/9gZjLBQC4D

“These attacks have profoundly damaging implications for every single University of Oregon student. Want to attend a protest? ASUO and the College Democrats must approve of your cause, or you’ll be attacked and doxxed. Want to conduct an objective and neutral interview with a controversial figure? Regardless of your stated neutrality as an interviewer, ASUO and the College Democrats will presume you agree with the interviewee’s opinions, and if they don’t like them, they’ll have your name dragged through the mud,” the GOP statement read.

The group added that they refuse to be silenced.