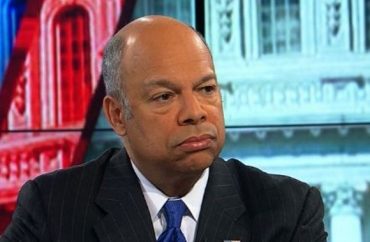 Students in the country illegally and their allies at Georgetown University are angry over the school’s decision to host Secretary of Homeland Security Jeh Johnson as a keynote speaker at an upcoming graduation ceremony, saying his presence makes them feel unsafe and uncomfortable and that he must be disinvited.

Johnson is set to be the speaker at the commencement for Georgetown’s School of Foreign Service on May 21.

Last week, a group calling itself UndocuHoyas sent a letter to administrators demanding that the university rescind Johnson’s invitation. Hundreds have signed it.

The Hoya, a student publication at Georgetown, reported that the letter called Johnson’s role as the head of Homeland Security a reason to disqualify his presence. The letter reads in part:

We should not be forced to receive our diplomas from an individual who is directly responsible for separating our families. Therefore, we strongly implore the university to rescind Secretary Johnson’s speaking invitation and take meaningful action to ensure that graduation is an inclusive and safe experience for all members of the Georgetown community.

But campus leaders do not seem fazed by the outrage. The Hoya reports that the university plans on using Secretary Johnson’s presence as a tool to “increase dialogue over issues of freedom of expression and immigration.”

“When Georgetown announced that Secretary of Homeland Security Jeh Johnson would be a 2016 commencement speaker, students almost immediately began organizing to shut him down. This is a dangerous attempt by students to silence speech,” the petition states. “This is a time to reject the echo chambers and ‘safe spaces’ that college students so frequently try to hide inside. This is a time to embrace the dangerous and dynamic world into which the senior class is about to graduate.”