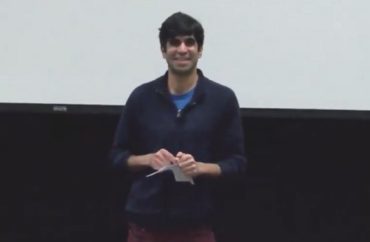 An attempt to get a professor who refuses to use trigger warnings fired appears to have failed, for now.

In April and May, students launched a full-court press against Sonoma State University film Professor Ajay Gehlawat, who had screened the documentary “India’s Daughter” in his class.

The documentary is a film about the brutal gang rape and murder of a young medical student in India that has been credited with deftly exposing the patriarchy and chauvinism of the country in a real and gripping way. It has been banned in India.

Showing the film without a trigger warning was a point of contention among those who wanted Gehlawat fired, but he was also accused of sexism and allegedly treating women in his class poorly compared to men.

A petition against the professor garnered 1,000 signatures. A Title IX investigation was also launched against him.

But Gehlawat is listed as teaching fall 2021 courses. A spokesperson for Sonoma State, Julia Gonzalez, told The College Fix via email that the university “is working to determine the most appropriate way to address the concerns raised while still protecting the rights of everyone involved.”

Gehlawat did not respond to emails this week from The College Fix requesting comment.

The petition against the professor of interdisciplinary studies, theatre and film alleges that he is hiding behind the banner of academic freedom but students “have been facing PTSD, anxiety, and discrimination due to the nature of his class.”

Regarding “India’s Daughter,” the student petition essentially sided with those who banned the film in India and accused the scholar of not warning students about its nature or offering them a trigger warning, prompting them to have nightmares and anxiety.

Other students offered anecdotes alleging he had treated them rudely.

The petition alleges Gehlawat “has not followed the university policies, or federal and state standards that protect students against harm.” The petition demanded the university take “immediate action” and remove him from teaching “in order to prevent further damage to students.”

Interestingly, the student campaign against Gehlawat came forth after he helped lead an effort to pass a faculty resolution against trigger warnings.

As Inside Higher Ed reported, the Sonoma State Academic Senate in March had “approved a joint statement on the teaching of sensitive materials co-proposed by the academic freedom subcommittee, which Gehlawat chairs.”

“The statement includes resources for professors who wish to use or learn more about teaching sensitive material and teaching students who have experienced trauma. But the statement emphasizes that using trigger or content warnings is a personal and professional choice.”

The faculty senate rescinded the statement in May — two months after it was approved — after the student government opposed it, “arguing that instructors should be required to teach with students who have experienced trauma in mind,” and after administrators had “also formally asked the senate to reconsider the joint statement,” IHE reported.