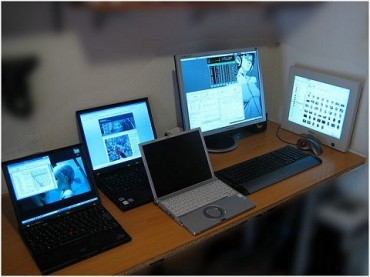 A study of poor and affluent children concludes that technology may make inequality between the two groups worse. The main factor? How the technology is used. Diana Senechal at Joanne Jacobs.com reports:

Susan B. Neuman, a professor of early childhood and literacy education at NYU, and Donna C. Celano, an assistant professor of communication at LaSalle University in Philadelphia, spent hundreds of hours observing children in the high-poverty Badlands and the affluent Chestnut Hill sections of Philadelphia. They found that technology exacerbated inequalities between rich and poor children–not because the rich had more of it, but because they used it differently. (Author/Consultant Annie Murphy) Paul writes: “They select different programs and features, engage in different types of mental activity, and come away with different kinds of knowledge and experience.”

Not only do poor children gain less from technology than their rich counterparts, but they may even lose. In a forthcoming article, economists Jacob Vigdor, Helen Ladd, and Erika Martinez report a possible negative effect of technology on poor students’ performance: after broadband was introduced to public schools across North Carolina, math and reading performance went down in each region where it was introduced. The scores of disadvantaged students dropped the most.

Paul suggests that affluent children have more guidance from adults when using the computer; thus, they may be directed toward intellectually challenging activities.

What’s that? Parental guidance at home actually makes a difference? Who would have thought? And keep in mind you certainly don’t have to be well-off to be involved with your kids.

Senechal notes that schools, especially those in high poverty areas, may view technology as an educational panacea — even when it doesn’t actually fit pedagogical needs. Many professional development courses (or “inservices”) focus on using tech for tech’s sake, not on how it will enhance lessons.