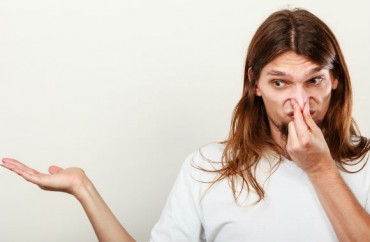 Attendees thought it was a chemical weapon. It turned out to be a more juvenile form of weapon.

A pro-life event at Minnesota’s Rochester Community and Technical College was interrupted Wednesday night following a report of “a suspicious container with liquid” found inside the venue, the Rochester Fire Department told KIMT 3 News:

The theater was evacuated and a few people reported symptoms like scratchy throats. They were checked out by Mayo Ambulance Service and no injuries are being reported. Authorities say they’re not sure how anyone could have gotten in contact with the liquid chemical inside the package. …

“Three patients with symptoms including headache and chest irritation were located and evaluated. None were transported by ambulance. RFD crews entered the theatre wearing SCBA [self-contained breathing apparatuses] and assessed the container and air quality with handheld monitors. The container was a water bottle with a small amount of liquid inside. Crews received a slight reading of ammonia on their monitors.”

The suspect was identified Thursday as 19-year-old Samuel VanderWiel, who was “arrested on suspicion of felony terrorist threats, misdemeanor fifth-degree assault, disorderly conduct and public nuisance,” Forum News Service reports. A spokesperson for the college told The College Fix he was not a student at RCTC.

The booking photo for the suspect resembles the LinkedIn profile photo of Samuel VanderWiel, a student at Minnesota’s School of Environmental Studies, a magnet high school about an 80-minute drive from RCTC. The Fix has emailed Principal Lauren Trainer to confirm whether it’s her student. 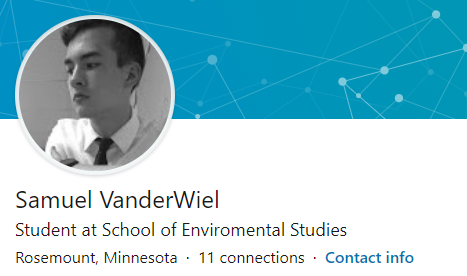 The chemical package turned out to be a “stink bomb,” the news service reports:

Rochester Police Capt. Casey Moilanen said witnesses reported that VanderWiel was acting suspicious and nervous and then left an open water bottle in the theater. A short time later, a noxious smell was in the theater and it was evacuated. …

Moilanen said the bottle had ammonia and another chemical in it, which made sulfide gas causing a rotten egg smell.

The department’s Chemical Assessment Team was called to do further monitoring but found no additional hazards. As a precaution, crews also searched several classrooms in the vicinity of the theater. Nothing else was found.

MORE: UNC student beats up pro-life activist because ‘This is triggering’

Students for Life of America denounced the “bomb scare” in a statement Thursday morning, before VanderWiel’s identity had been released or the “stink bomb” identified.

Its Minnesota regional coordinator, Noah Maldonado, “was speaking at a kick-off event hosted by Students for Life & 40 Days for Life” at RCTC. Maldonado said a young man “looked tense and was reportedly mixing chemicals in the back of the room during speeches,” then left the venue.

SFLA attributed pro-choice motives to the suspect and went further in a tweet, associating him with “extremist, pro-abortion ideologues.”

Capt. Moilanen confirmed that VanderWiel told police “he was protesting the event because he did not agree with the philosophies of the pro-life participants,” and that the suspect had also planned to “throw eggs” at an event display but “got nervous,” KAAL TV reports.

A spokesperson for SFLA told The Fix that she was checking with those who attended whether VanderWiel made written or oral statements against the pro-life cause at the event. KAAL said witnesses told the station that the suspect “yelled something,” but didn’t specify what.

“It’s disappointing” but “not surprising” that “a pro-choice student finds it appropriate to scare innocent children and families and try to intimidate them from peacefully praying and sidewalk counseling,” Maldonado said in the SFLA post.

A spokesperson for the college emphasized that the pro-life organizations were not affiliated with the college but “simply renting space.” The scene was cleared in about an hour and “no injuries were reported.”

President Jeffery Boyd sent a message to the campus community Thursday. Police responded to a Wednesday night incident where “an individual wishing to disrupt a non-College event” brought in a container with “ingredients designed to give off a strong odor (stink bomb) with the intent to cause disruption at the event,” Boyd said.

UPDATE: The police captain specified the suspect’s stated motivation in another news report The Fix located after this post was published. The Fix also found a LinkedIn profile for a “Samuel VanderWiel” in Minnesota that resembles the suspect’s booking photo, and has asked the student’s principal to confirm it’s him. The material has been added.