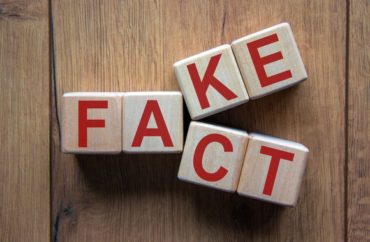 Not even accuser’s family heard the alleged ‘chanting’

When Syracuse University found Alpha Chi Rho collectively responsible for shouting a racial slur at a black female student, it not only ignored the woman’s family but overruled its own appeals board, according a lawsuit by the fraternity last week.

Dolan Evanovich, senior vice president for enrollment and the student experience, unilaterally decided that “it was more likely than not” that an “informal guest” of AXP, as the fraternity is known, had “used a racial slur” against the black student.

He offered no evidence for this, and the University Appeal Board found “no basis” for Syracuse to hold AXP responsible for a guest’s conduct, whatever may have happened, the suit claims.

The most the investigation could determine, using the preponderance standard, was that the guest said something that “startled or offended” the young woman and “appeared to try to look up” her dress.

The allegations would mean the administration had continually defamed AXP going back to last fall, when Chancellor Kent Syverud said four members had been placed on interim suspension for “a verbal assault.”

The suit provides details from the past several months that Syracuse does not appear to have previously acknowledged, including that the members were quickly exonerated back in December, owing to video evidence and “consistent” testimony.

The lawsuit asks the Onondaga County trial court to force Syracuse to lift the yearlong suspension and other sanctions, reverse its findings about the fraternity’s culpability, ban the university from bringing further disciplinary actions based on its false allegations, and pay AXP’s court costs.

The yearlong suspension and other penalties were the result of “a deeply flawed administrative process” that violated “lawful procedure” and denied the fraternity due process promised by Syracuse, the suit claims. The process was “arbitrary, capricious and an abuse of discretion.”

A spokesperson for Syracuse told The Daily Orange it does not comment on pending litigation. Unlike other so-called hate incidents from recent months, which Syracuse has refused to detail, the university was quick to share the allegations against AXP and the punishment.

According to the suit, four AXP members and non-Syracuse friends were headed back to the AXP house late afternoon Nov. 16, though the members didn’t live there. They left two hours later with a group of 15-20, mostly not students, to watch a basketball game.

Only one fraternity member had any clue what “K.F.” might have said: a joke about getting in the car. The woman’s family was inside the car, but they did not back up her claim that the group was “chanting” the N-word as they passed the car. Her mother and sister thought he might have commented on her body.

The woman filed a report against the fraternity right as Syracuse was “reeling” from “racist graffiti targeting Asian and Jewish students,” the suit says, apparently referring to a string of incidents in Day Hall that the university refused to detail. It portrays Syracuse’s response as driven by its panic over student unrest from the graffiti incidents.

In a message to the community Nov. 17, Chancellor Syverud implied there was ample evidence that fraternity members had made a “verbal racial epithet” against a black student. Noting the fraternity had already been suspended, he said members would be held accountable “to the Code of Student Conduct and to the full extent of the law,” making clear Syverud was accusing them of illegal behavior.

He issued another statement three days later, stating factually that the fraternity members were guilty, he had suspended AXP “before dawn” and referred the case to the district attorney, and that the Hate Crimes Task Force of the state police and Division of Human Rights were involved.

It wasn’t the first time Syverud had rendered a speech-related fraternity incident as a legal matter: The chancellor also pressured the DA to bring charges against Theta Tau for performing in a satirical skit that was leaked to the Daily Orange.

Discredited allegations resurrected in case against fraternity as a whole

Because Syverud (below) made clear he was referring the incident to law enforcement and the woman alleged sexual harassment, under campus rules the fraternity was entitled to use legal representation in the proceeding, according to the suit.

Yet Eric Nestor, the Office of Student Rights and Responsibilities associate director who also played a key role in the Theta Tau case, refused to let their lawyer Melissa Swartz represent them.

They were charged with harassment and conduct that “threatens the mental health, physical health or safety of anyone,” and the AXP president was additionally charged with not reporting the incident as a student leader.

Another request to let Swartz represent the four was denied, and their cases were heard in a single hearing Dec. 6. Once the full evidence was shown – including video of the scene and interviews with the woman’s family, other witnesses and Department of Public Safety staff – the case against all four fell apart.

The University Conduct Board determined the only person who might have harassed the woman was “K.F.,” the visitor who came to the house but did not stay over. The woman’s own family, who were in the car when K.F. approached, did not hear any chanting as she claimed.

Despite the exoneration of the four members, the university continued disciplinary proceedings against AXP as a whole. Inexplicably the charging letter mentioned the allegations that the investigation had ruled out: “members and guests of your fraternity were verbally harassing a female student by calling her the ‘N-word.'”

Nestor again denied the fraternity’s request for Swartz to represent them, but this time cited a new rationale: The black woman had not filed a formal sexual harassment complaint, but simply accused them of sexual harassment on social media.

In doing so Syracuse violated its own handbook, which does not limit attorneys to only formal complaints, and its own procedures, in that Nestor tacitly acknowledged the sexual harassment allegations should not have been in the case, according to the suit.

Yet sexual harassment claims were again considered at the AXP hearing Jan. 17, which largely replayed the Dec. 6 hearing against the four members. The University Conduct Board exonerated AXP as a whole, just as it did the four members a month earlier, and went further: AXP was not responsible for whatever K.F. did, at all. (The Daily Orange reports he was visiting from Rutgers University.)

This was still not the end of the matter, according to the suit.

AXP President Jonathan Kimel noticed the cover letter on the second UCB opinion still mentioned the interim suspension. La’Kesa Allen, coordinator in the Office of Student Rights and Responsibilities, told him the “formal letter” actually hadn’t been sent yet but confirmed it exonerated AXP.

Not even this was correct, OSRR Director Sheriah Dixon told Swartz when the lawyer asked why the formal letter still hadn’t come: The UCB was still “deliberating” on a verdict.

AXP heard nothing for another several days, at which point the #NotAgainSU racial activist group made a string of wild assertions in a Feb. 6 post: “more than a dozen” members “verbally assaulted” the black student “in clear sight of the DPS office.”

The final UCB opinion arrived five days later, finding AXP guilty without explaining “this complete reversal” of the letter that Kimel had received, the suit says: The findings had not changed between the two letters.

What had changed was AXP’s responsibility for K.F., the Rutgers student. The UCB belatedly judged him an “informal guest” and held AXP “responsible for his actions and the impact they had” on the campus, even though the opinion still was not sure what he had said or done to the black woman.

The University Appeal Board overturned the second opinion completely, exonerating AXP of responsibility for K.F., and further scolded the university for not giving AXP notice that K.F. was accused of looking up the woman’s dress.

Campus racial protests against intruded into the adjudication process, leading Evanovich, the administrator who oversees all adjudications, to overturn the exoneration without changing any findings of fact, the suit argues. At this point he inserted a finding no one had previously reached: K.F. probably used a racial slur, and AXP was responsible for that.

“Although it is true the Code does not expressly cover guests of organizations, such an expectation is present throughout the University’s Fraternity and Sorority Affairs policies,” Evanovich wrote. His policy rationale, the “Revocation of Recognition” procedures, does not fit because they assign jurisdiction to the fraternity office, the suit says.

The administrator’s decision “exceeds VP Evanovich’s jurisdiction,” it continues: Fraternity office rules explicitly state they are “independent of the University Conduct System.” The conduct system procedures, which were used to judge the fraternity, also contain “no reference” to a student organization’s responsibility for a guest.

Since he agreed the university failed to give notice of the upskirt allegation, Evanovich had “no basis” to argue that K.F. – and thus AXP – violated the student conduct code, the suit emphasizes: The UCB never determined what he said to the woman.

The administrator made an “utterly contradictory decision” – that K.F. used a racial slur, “the sole basis” for holding AXP responsible, while adopting the UCB findings, which were silent on what he said.

Syracuse may be holding out hope that the ruling from the Theta Tau lawsuit influences this court.

Ruling from Jefferson County, not Onondaga, Judge James McClusky concluded last year that Syracuse may break its free-speech promises to Theta Tau pledges because of its policy against “threaten[ing] the mental health … or safety of any person.” The Foundation for Individual Rights in Education called that ruling “flawed” and “contradictory.”

MORE: Supposed hate incident at Duke turns out to be bad joke