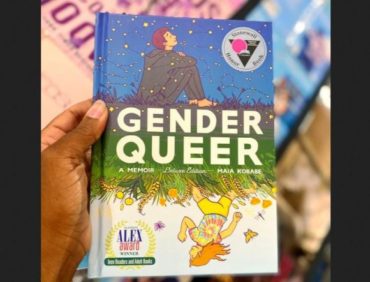 A Syracuse University professor is defending the inclusion of a sexually explicit book in the nation’s K-12 schools, saying she doesn’t see what is so “scandalous” about it.

Katherine Kidd, coordinator of the Syracuse English Studies program, told the student paper The Daily Orange that keeping a book like “Gender Queer” out of schools “solely on the basis of it being sexually explicit limits discussions about young adults’ discovery of gender identity in relation to their bodies.”

Kidd said banning the book — the most challenged publication of 2021 — “erases” the experiences of what folks like author Maia Kobabe describe, and added it’s “scary” that it is being “challenged for pornographic material.”

Kidd’s remarks were part of an article titled “SU professors emphasize reading banned books focusing on gender, sexuality” which also covered Margaret Atwood’s “The Handmaid’s Tale.” That book, now almost 40 years old, was included in the American Library Association’s list of most challenged books in 2019 and “has been banned across school districts nationwide for even longer.” 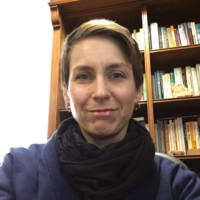 Kidd said she “will strive to include novels and readings that are controversial as a way to expose her students to viewpoints and ideas that differ from their own.”

“I do try to introduce students to not only banned and contested texts, but also perspectives that might be alternative to what they’re used to,” Kidd (pictured) said. “I always tell my students, ‘I don’t expect you to agree with this point of view, I don’t expect you to sympathize with this point of view, I just need you to read it and think about it.’”

Kidd said that the “ultimate message” of “Gender Queer” isn’t its lewd images and words but the “revelation of a personal experience of self discovery.”

According to her Linkedin profile, Professor Kidd has 14 years of “literature, media studies, and composition instruction experience” with specializations in “American studies, working-class studies, queer studies, and television and pop culture studies.”