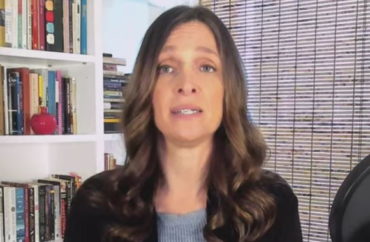 A teacher has resigned from a preppy, private New Jersey school, saying that administrators enforce the anti-racism diversity, equity and inclusion narrative to such a degree that it stunts students’ intellectual growth and the school has also become a hostile work environment.

Dana Stangel-Plowe’s resignation letter spells out how Dwight-Englewood School fails both its students and teachers:

The school’s ideology requires students to see themselves not as individuals, but as representatives of a group, forcing them to adopt the status of privilege or victimhood. They must locate themselves within the oppressor or oppressed group, or some intersectional middle where they must reckon with being part-oppressor and part-victim. This theory of power hierarchies is only one way of seeing the world, and yet it pervades D-E as the singular way of seeing the world.

In my classroom, I see up close how this orthodoxy hinders students’ ability to read, write, and think. I teach students who recoil from a poem because it was written by a man. I teach students who approach texts in search of the oppressor. I teach students who see inequities in texts that have nothing to do with power. Students have internalized the message that this is the way we read and think about the world, and as a result, they fixate on power and group identity. This fixation has stunted their ability to observe and engage with the full fabric of human experience in our literature.

Stangel-Plowe’s full letter, along with accompanying materials that support her claims, has been published by the Foundation Against Intolerance and Racism, which refers to the teacher as a “whistleblower.”

Part of her letter alleged that both in 2017 and 2018, Head of School Rodney De Jarnett “told the entire faculty that he would fire us all if he could so that he could replace us all with people of color.”

She also produced a video regarding her resignation that reiterates many of the points she made in her letter.

The New York Post reports that Stangel-Plowe is a graduate of Cornell University and is a published poet, and has taught English to high school students at Dwight-Englewood since 2014.

A spokesperson for the school said it does not comment on personal matters in a statement to the Post.

Stangel-Plowe joins a growing number of parents and educators who are speaking out against the critical race theory programming taking place at K-12 and college campuses across the nation.

MORE: This professor just stood up for white males across the nation