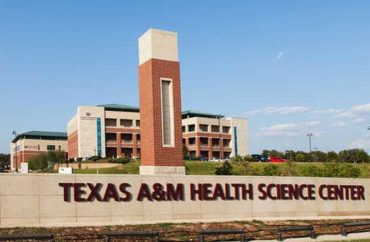 The College of Medicine at Texas A&M University removed prominently placed photos of white male alumni to show its commitment to diversity, equity and inclusion, it stated in a recent survey.

The institution completed the survey for the Association of American Medical Colleges last year, which the organization used for its Diversity, Inclusion, Culture and Equity Inventory, according to the Washington Examiner, which reviewed the documents and reported on them Monday.

Do No Harm, a nonprofit of medical professionals opposing social justice ideology in medicine, obtained the responses through a Freedom of Information Act and shared them with the Examiner, the news outlet stated.

The university reported it had removed “the predominantly white male photos of [the] graduating class prominently displayed on the entrance” to the school in response to a question asking schools if they had changed their branding and communications to remove elements that could be viewed as “noninclusive,” the Examiner reported.

The med school also reported in the survey it practices “holistic admissions,” requires diversity training for search committees, and reviews salaries for “diversity,” according to the Examiner.

Even more, it told the AAMC that a faculty member of color said the school communicates “too much” to students, faculty and staff about its “formal policies related to diversity, inclusion, and equity,” the Examiner reported.

Texas A&M College of Medicine enrolls more than 600 students and is ranked number 80 for research out of 192 medical schools in 2023, according to U.S. News & World Report.

“Knowledge is power, and the primary purpose of a tertiary educational institution is to uplift humanity through the continuous advancement of the power of knowledge,” according to Texas A&M College of Medicine’s DEI statement. “Given that knowledge comes from diverse sources and experiences, diversity is a sine qua non of excellence.”

Dr. Stanley Goldfarb, board chairman for Do No Harm, told the Examiner he fears schools like the College of Medicine value diversity over merit, which violates obligation to the public to produce the best possible medical professionals.

“Enhanc[ing] the quality of the medical workforce is the responsibility of medical schools,” Goldfarb said. “If they have more capable individuals that they can bring in compared to the ones that they are bringing in because of these requirements for diversity and they’re not bringing those more qualified, more capable individuals in, they’re eventually producing a workforce that’s going to be less capable.”