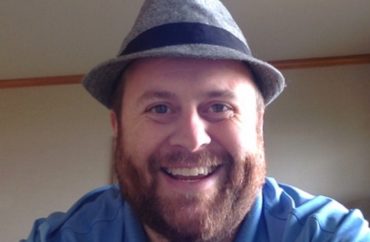 Some lessons learned along the way

Since this is a collegiate publication, let’s start with how I accidentally graduated from college. There are a few important lessons to be gleaned from the story of my folly.

I attended Trinity Western University in beautiful Langley, British Columbia. It was just up over the border from the little town in Washington state where I currently live with my toddling daughter, wife, and cranky 17-year-old dog.

In 2002, in the winter of my senior year, I received a call from a student worker for the college’s graduation effort. How many tickets did I need, she asked.

There’s got to be some sort of mistake, I said.

The rule at my alma mater was that you could walk in the graduation ceremony if you were only two classes short of finished. By my own estimation, I was four classes short.

I told the student worker this. She didn’t fight about it. Rather, she sensibly hung up and called the next person on her list.

When the school began forwarding my campus mail, however, I started to wonder. And it nagged at me.

That summer, I packed my books and bags and drove my Pontiac Sunbird all the way down the West Coast to do an internship at Reason Magazine, in greater Los Angeles.

On that long drive I wondered several times, Did I accidentally graduate?

A few days after I had settled in, I called up the registrar of Trinity, Larry Van Beek.

He was also a professor of biblical studies, in addition to registrar. I had served as his assistant one semester. We became friends.

“Could you do a credit evaluation?” I asked. “I want to make sure that I take the right classes in the fall.”

He called me back soon after.

“You should have walked,” he said.

And there was more.

“We didn’t do a good job of evaluating your credits when we were transferring you in,” he said.

Two classes had been misclassified and not considered as requirement-filling.

He decided to fix that, on the spot.

“Where do I send your diploma and cords?” he asked.

There are three lessons, at least, that students could learn from my experience.

1. When an official contacts you, take that seriously.

If the IRS sends you a letter saying, “You owe us money,” and you do not, in fact, owe the United States Treasury money, it would still be foolish to blow that notice off.

2. Don’t do your own credit evaluation.

More broadly, don’t think of yourself as an expert in something if you’re not. Go ask someone who knows, or ask several people who know. This goes double for journalists.

3. Many of the good things that happen to you won’t be planned.

That internship at Reason led to some good things for me. I would not have applied to it if I had known that I was graduating.

One of the appeals of my new job at The College Fix is to be able to work with students. To show them the nuts and bolts of journalism, surely, but also to help them avoid a few of the pitfalls that threw me along the way.

There’s also the political aspect of it that interests me. To be clear, I hate politics more than you could ever know. But as the last several years of American life have shown us, politics will not take the hint.

Academia has had a lot to do with that. To my mind, many of the more ridiculous aspects of American culture have marinated in universities like a tenured malarial swamp, and spread out from there.

The College Fix offers fearless reporting of this morass as the great DDT for what ails us. I’ll lift a glass to that.