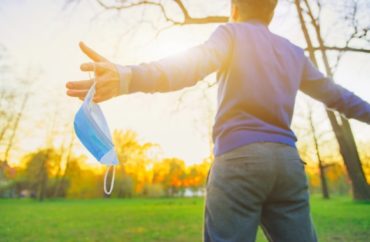 OPINION: Why universities have disregarded the relevance of natural immunity remains something of a true medical mystery

Aaron Kheriaty is a medical ethicist and professor of psychiatry at the University of California Irvine School of Medicine. Like many Americans, at some point during the past 18 months, he was infected with COVID and survived. Because his immune system successfully fought off his viral invader, he now has antibodies that protect him from future infection by SARS-CoV-2.

This is something he can demonstrably prove. With a simple blood test he can show that he poses as much a risk to his students or colleagues as any vaccinated counterpart. If tested for the antibodies induced by vaccination, his results would be indistinguishable from those of his vaccinated peers.

Kheriaty and others like him are expected to comply with the vaccine mandates of their institutions as if their immune systems had never encountered COVID-19 at all.

Hence, Kheriaty is taking his university to court to stand up for his rights and those who lack his means and his station.

Why universities have disregarded the relevance of natural immunity, however, remains something of a true medical mystery.

If the idea of acquiring immunity to a disease following infection were some novel concept or there was mounting evidence to suggest this did not occur with COVID-19, such nonchalant dismissal of naturally acquired immunity to SARS-CoV-2 might be understandable or even warranted. Yet, in reality, to suggest such novelty or disconfirming evidence would be a denial of both history and science.

Well before physicians had an even rudimentary concept of what an antibody was or any real knowledge of the immune system, there was some basic understanding that individuals who survived certain illnesses were unlikely to suffer those illnesses a second time.

Coupled with the idea that one could achieve this end through less risky means such as inoculation with a small quantity or attenuated form of a disease-causing agent (or a similar but less virulent disease) this understanding is what gave rise to the practice of variolation and later vaccination. This is why eighteenth century British aristocrats exposed their children to small amounts of pus from smallpox lesions. This is why Edward Jenner began giving friends and family cowpox before taking the practice global. This is why parents have long been able to care for children sick with childhood diseases they themselves experienced decades earlier with little worry of falling ill with the same illnesses as an adult.

Of course this principle does not hold true for every infectious disease. But mounting evidence does suggest it likely holds true for COVID, at least for some seemingly extended period.

Likewise, researchers from the Washington University School of Medicine found “mild infection with SARS-CoV-2 induces robust antigen-specific, long-lived humoral immune memory in humans.” Without digressing into a full introductory lesson in immunology, these findings suggest that if a person has had COVID, it will probably be quite some time before they find themselves once more susceptible, if ever.

Using more real-world measures like reinfection researchers from Israel and the Cleveland Clinic have confirmed the obvious implications of these studies. Upon examining the medical records of tens of thousands of people, the Israeli group found individuals with natural immunity not only to be unlikely to come down with a subsequent infection, but less likely to do so than those whose immunity was derived through vaccination. The team at the Cleveland Clinic found the protection provided by previous infection and vaccination comparable, explicitly stating “[those] previously infected with SARS-CoV-2 are unlikely to get COVID-19 reinfection whether or not they receive the vaccine.”

Yet, in order for people like Professor Kheriaty to retain their career, and for many students to complete their education, they are required by their universities to receive a vaccine for COVID despite having been previously infected and being unlikely to get it again.

Again, it’s a medical mystery of why universities disregard the relevance of natural immunity.

One possibility is that there are legitimate unknowns about the longterm duration of natural immunity, although as the authors of the Cleveland Clinic paper explained, this same concern could just as easily be raised about the duration of immunity from any of the vaccines and “is not by itself a valid argument for vaccinating previously infected individuals.”

Another possibility is that they are fixating on the fact that some studies have found that individuals who have recovered from COVID and been vaccinated are less likely to be reinfected than those who have recovered but not been vaccinated. However, this finding has been inconsistent, and, given that the number of reinfections is already incredibly low, the exact number of reinfections potentially prevented by requiring the previously infected to get vaccinated would likely be miniscule.

However, to ascribe either of these weak rationales as the basis for universities disregarding the relevance of natural immunity in the context of COVID would likely be far too charitable, as it would assume that universities are making a serious attempt to shape policy around an actual understanding of relevant scientific research.

A more plausible scenario is that many are shaping policy around the counsel of their lawyers, accountants, and PR departments. By embracing the edicts of unchecked executives, unelected public health officials, and a moral zeitgeist that can be summed up with the maxim “vaccinated good, unvaccinated bad,” they avoid an array of non-medical risks far more effectively than if they independently attempted to develop their own science-based policies.

By following executive mandates, CDC guidance, and that one simple maxim that can be bleated in the fields of mass-media for hours on end, universities can respond to any vaccine mandate objection by saying they are “following The Science,” even while completely ignoring science.