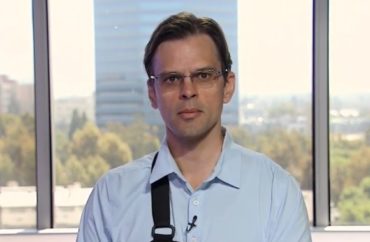 ‘Doctors need wider discretionary latitude in determining medical contraindications, and mandates should include exceptions for reasons of conscience and not just religious objections’

A University of California Irvine professor has filed a lawsuit against his system’s board of regents and campus president, challenging the legality of their COVID-19 vaccine mandate.

Professor of Psychiatry Dr. Aaron Kheriaty filed the lawsuit on behalf of individuals in the UC system who have natural immunity to COVID-19 due to a previous infection of the coronavirus, including his own immunity from a bout with the virus in July 2020.

Natural immunity confers stronger protection against the virus than for those who are fully vaccinated and should be recognized, he argues.

“The CDC estimated that as of May 2021, more than 120 million Americans (36%) had been infected with Covid. With the current Delta variant wave, that number is likely closer to half of all Americans. The good news is that these Americans have immunity that is more durable and longer lasting than the vaccinated,” he told The College Fix in an email.

Kheriaty’s lawsuit, filed in mid-August, is in litigation in the U.S. District Court of Central California and a preliminary injunction hearing is scheduled for Sept. 27.

Hundreds of universities across the country instituted mandatory vaccination programs for the fall 2021 semester, many of which have been challenged in court. Few, if any, allow exemptions for natural immunity.

“Officials elided the huge gulf between the following claims: (1) that one can make a plausible public health argument that everyone should be vaccinated, and (2) therefore we can and should coerce everyone into getting the vaccine. The second claim in no way follows necessarily from the first,” Kheriaty said in his email.

Kheriaty’s lawsuit includes legal briefs from immunologists, endocrinologists and infectious disease experts with the University of California School of Medicine.

“Those who have been infected with SARS-CoV-2 are at least as protected as those vaccinated… are less likely to spread SARS-CoV-2 to others, & will be exposed to the potential harm from this vaccine w/out a counterbalancing benefit because they are already immune to the virus,” reads a portion of their testimony tweeted by Kheriaty.

"Those who have been infected with SARS-CoV-2 are at least as protected as those vaccinated… are less likely to spread SARS-CoV-2 to others, & will be exposed to the potential harm from this vaccine w/out a counterbalancing benefit because they are already immune to the virus."

Many proponents of vaccine mandates argue that they are legal and ethical because they are similar to laws that mandate vaccination against measles, mumps and other diseases for children entering elementary school.

“The analogy to pediatric vaccination mandates falls apart for the following reason,” Kheriaty told The College Fix. “Children are at a documented risk from the illnesses that we vaccinate them against. So there is a potential benefit to the individual receiving the vaccine, as well as the secondary herd-immunity benefit for the common good.”

“The closest ethical analogy to [COVID-19 vaccine mandates],” he continued, “is non-therapeutic research, where the research subject does not stand to benefit, or only benefits in an ancillary way (e.g., they feel good about advancing medical knowledge), from the research. The central canon of medical ethics in this situation is the free and informed consent of the research subject, as articulated in the Nuremberg Code and the Helsinki Declaration. This is arguably the most deeply rooted doctrine in all of contemporary medical ethics.”

Changes to the vaccine mandate would need to include more than mere carveouts for those with natural immunity to the virus, as the current scope of medical exemptions to the mandate is “too narrow,” according to Kheriaty.

“Doctors need wider discretionary latitude in determining medical contraindications, and mandates should include exceptions for reasons of conscience and not just religious objections,” he said in his email.

The UC system’s mandate has also come under fire from America’s Frontline Doctors, which filed a lawsuit on July 27 on behalf of students including Debra Choi, a second-year law student at the university.

“[The mandate] presents me with an untenable ultimatum between being forced to take this vaccine and losing everything I have worked for at UCI including my scholarship, mentorships, leadership opportunities, financial stability, and even my very academic enrollment,” Choi wrote in a portion of her testimony included in a news release from Frontline Doctors.

MORE: None of the colleges requiring COVID vaccine will accept acquired immunity as alternative: report