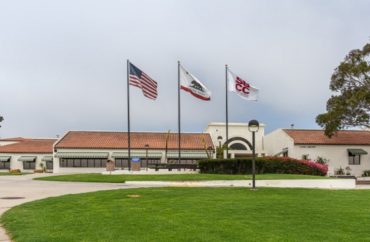 OPINION: It’s the wise financial choice for many

I attended a community college after high school. It was the best choice for me.

As I explained in a letter to the editor published today in The Wall Street Journal, the path offered me the time and flexibility to try a few electives before settling on a major that suited my aptitudes.

Once I was done with my general education courses at Santa Barbara City College (pictured), I transferred to San Diego State University as a junior, and walked away two years later with a bachelor’s degree and zero debt.

Community college is a viable and wise option and graduating high school seniors not headed to a four-year university with an academic or athletic scholarship should begin their higher-ed careers there.

As I pointed out in my letter, “freshmen and sophomores must take general-education classes their first two years before taking classes focused on their major. To avoid spending anywhere from $20,000 to $50,000 a year on those classes, take them at a local community college. Students can easily transfer to four-year institutions as juniors, and that’s the university that will be listed on the bachelor’s degree.”

I penned my letter in response to an op-ed in The Wall Street Journal that had argued much of the same. Aaron Rasmussen, co-founder of MasterClass and CEO and founder of Outlier.org, has a similar story to my own:

I’ve had an almost comically varied career path, founding companies in education, robotics and beverages. The most surprising part of my résumé is the most mundane: I went to community college.

For me, the logic was simple. I saved thousands of dollars and the credits counted exactly the same as those from Boston University, from which I ultimately earned bachelor’s degrees in computer science and communications. As the son of a school teacher, the savings meant the world to me. And they mean the world to plenty of other students around the U.S.

Community-college tuition costs roughly one-tenth what an average private, four-year university costs, even less when you factor in on-campus housing.

As both Rasmussen and I point out, there is no need to worry about any stigma associated with attending a community college. Not only will it allow you to laugh all the way to the bank, but at the end of the day your bachelor’s degree lists your four-year university.

U.S. student loan debt stands at about $1.73 trillion; roughly 43.2 million borrowers owe an average of nearly $40,000, according to EducationData.org.

There is plenty of talk today about forgiving student loan debt, but there should be more discussions about personal choice and personal responsibility.

The ease at which young people can receive copious piles of cash from the U.S. government to attend any college that suits their fancy is a big problem this nation needs to address.

It has allowed universities to hike tuition at rates that far outpace inflation and has paved the way for young people to make major financial blunders at age 18 that they are still paying for in their 30s, 40s and 50s.

But one easy fix, at least moving forward, is to reject the elitist dogma that high school grads must go straight into a four-year university to have any chance at success in life. There are plenty of options, and community college is absolutely one of them.