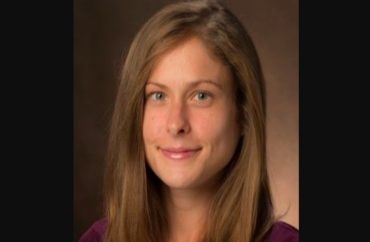 A professor of interdisciplinary studies at the Massachusetts College of Liberal Arts has a new book out titled “Deflective Whiteness: Co-opting Black & Latinx Identity Politics.”

Hannah Noel — or Hannah Haynes according to her Linkedin and college faculty profiles — told The Berkshire Eagle that deflective whiteness is white people claiming “aggrieved social status” and “victimhood” based on things such as worries about demographic displacement.

The 2017 Charlottesville, Virginia rally is an example, according to Noel: The protesting white supremacists allegedly “were able to protest, not fear police violence, claim space, and do so in a relatively confrontational way, was demonstrating the privileges of their whiteness.”

In her home of Massachusetts, Noel said deflective whiteness can be seen in whites’ refusal to acknowledge their “appropriation of indigenous imagery.” Whites insist that (Native) symbols such as that for the state’s Route 2 are an “honor” regardless of the circumstances.

The Route 2 symbol is a tribute to the Mohawk people, but Noel said the route doesn’t even sit on Mohawk territory. Nevertheless, “it’s shown as ‘Look, we want to honor these people.'”

Another example, Noel said, is the Massachusetts state flag about which white people say “Oh, this is like paying homage. This is honoring [Natives].”

But “to me, [the flag] a symbol of white supremacy,” Noel said. “[People think] it’s like, ‘this is this really great symbol’ and ‘Massachusetts is so liberal they would have an indigenous person be on our flag, this is great.’ When you actually look into the symbology when you look to what it represents, when you look into the history of settler colonialism, it’s a much more complicated story.”

One chapter of the professor’s book (“Trash Music: A Third-Wave Whiteness Approach to Bro-Country and Country-Rap”) looks at how white people “discriminate against one another to highlight the constructive nature of whiteness.” For example, some whites disparage (white) Southerners and rural dwellers as “white trash” and “rednecks” presumably to show that racism is exclusive to those domains.

According to Noel’s/Haynes’ faculty page, her training “is in American Cultural Studies with a focus on critical race theory, US immigration history, and Latinx studies.” Her interests “focus on the study and advocacy for racial and social justice, including immigrant and refugee rights” and she “encourage[s her] students to think beyond ‘common sense’ or traditional ways of thinking …”

Noel/Haynes also serves as “affiliate faculty in Women’s, Gender and Sexuality Studies” and the advisor for the Critical Ethnic Studies minor.

MORE: ‘The Problem of Whiteness’ instructor and the inanity of ‘stochastic terrorism’