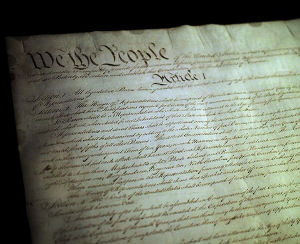 Jonathan Adler at The Volokh Conspiracy discusses the case of Steven Salaita, the former Virginia Tech professor who had been offered a gig at the University of Illinois-Urbana Champaign.

Salaita’s U. of Illinois job offer was abruptly rescinded after he had made a series of hateful tweets about Israel and defenders of that country. (The College Fix has numerous articles about the situation.) Immediately, many spoke out in favor of Salaita’s right to free expression — his “academic freedom,” if you will. The support comes from both sides of the political spectrum, but has been most vociferous on the left.

Some of the pro-Salaita free speech arguments are persuasive (like FIRE’s Adam Kissel’s), but I find myself more in Adler’s corner. He writes:

I largely share [Northwestern University law Professor Steven] Lubet’s views. His point about the disingenuous (or uninformed) characterization of the tweets in question is particularly well taken. As he notes, when defending Nazi marchers in Skokie, Ill., “the ACLU never soft-pedaled the Nazis as merely passionate critics of international banking.” I agree with Lubet that an academic should not be fired or denied a job offer, because of his or her political views, but I also question whether someone with Salaita’s record of hateful and offensive rhetoric is capable of being an effective academic and educator.

That last line really sticks with me. Trained in my last college undergrad years as a social studies educator, my (high school placement) cooperating teacher (amazingly, a conservative) was adamant about never allowing his personal opinions to leak into class discussions. He even outright refused to offer them when directly asked about them by students, in and out of class.

And these were mere opinions. We’re not even talking about outrageous/vulgar/profane remarks in public forums.

Imagine if you were a Jewish student in one of Salaita’s classes. What if his class was a requirement for your major? You think you’d get a fair shake knowing he knew you were Jewish? Or even worse, Israeli?

Which brings me to another aspect of this situation which really gets me: the brazen hypocrisy of “progressive” (I usually use quotes with the term because all-too often contemporary progressives are anything but) academics. They’re often right on the front lines in the effort to abolish speech they do not like …  often dubbing it “hate speech.” Speeches against affirmative action are “racist” (or, at least “racially insensitive”), people against abortion are “anti-women,” and those in favor of traditional marriage are “homophobic,” are a few examples.

If Salaita’s remarks are to be inviolate due to academic freedom, would Salaita’s defenders say the same regarding a white supremacist professor? How many of you reading this believe they would?

There’s a substantial difference between having a political opinion … and gross inappropriateness. Salaita’s feelings about Israel and Jews could have been offered in a much more seemly manner; indeed they should have been, given his position.

This being said, I admit this is a difficult arena in which to tread. Too broad a brush should not be used in making judgments; each instance, including that involving Professor Salaita, needs to be considered individually and carefully.