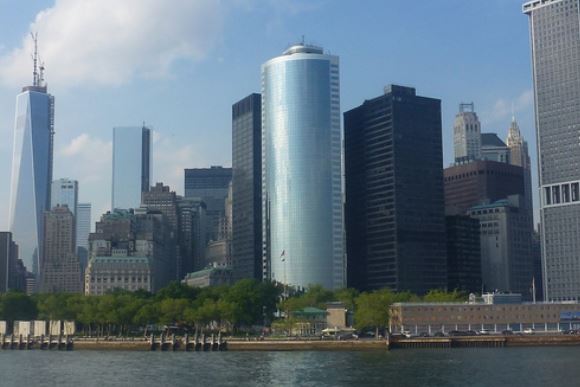 So many wrongs in the world today are mistakenly linked with capitalism–on both the Left and the Right.

Proponents of free-market economics, and the most feverish detractors thereof, are all too eager to resign to the slogan, “Well, that’s capitalism.”

It must be capitalism that is responsible for the presence of inequality and exploitation, for example. Indeed, nearly everyone seems to believe that capitalism causes adverse side effects; they just differ on how they think those ills ought to be remedied, if at all.

Some favor a dismantling of the entire system, while others propose tinkering around the edges to correct a few “market failures.”

Capitalism does not, in fact, produce the undesirable effects that so many are apt to attribute to it. Rather, deviation from capitalism in the form of government intervention is the true source of the vast majority of social and economic troubles.

Unfortunately, true capitalism has never existed at any point in history. Nonetheless, the current war against capitalism as it operates in America today doesn’t help matters. Capitalism has received a very bad and undeserved rap.

The rich and the poor: A recurring indictment against capitalism is that the drive for profits serves the wealthy at the expense of the “common man.” However, a simple analysis of this claim proves it untrue.

In a completely capitalistic society—that is, one free of special privileges and subsidies and bailouts—entrepreneurs strive to make money in the form of profits. Consumer demand provides a business with the incentive to enter a market because of the opportunity for profit; another business, seeing the profits being made by the first business comes along and competes, driving prices down until demand is met and profit can no longer be made.

Only in the presence of government-enforced price controls or entry restrictions is this process distorted. Thus, capitalism and the drive for profit serve everyone, not one group over another.

Humanity and compassion: Along these lines, another common folly is the sentiment that capitalism—particularly its ostensible focus on money—is inhumane or uncompassionate.

But the real focus of capitalism is not on money itself, but rather on wealth in the form of goods and services.

Capitalism is in fact the most humane and compassionate form of societal organization imaginable. The drive for profit, and consequently the focus on satiating consumer demand, unremittingly lowers prices and turns luxuries into necessities. What was once affordable to only a few becomes commonplace. The wealth of everyone increases more quickly than under any other conceivable form of societal organization. What is more humane than that?

Income inequality: Even if capitalism increases wealth on the whole, what about income inequality? Isn’t that an unavoidable and negative side effect of the free-market system?

This assertion is true to a certain extent: income inequality does and will always exist in a capitalistic society. But we must ask ourselves if income inequality, in and of itself, is in any way negative.

Spectacular prizes much greater than would have been necessary to call forth the particular effort are thrown to small minority of winners, thus propelling much more efficaciously than a more equal and more “just” distribution would, the activity of that large majority of businessmen who receive in return very modest compensation or nothing or less than nothing, and yet do their utmost because they have the big prizes before their eyes and overrate their chances of doing equally well.

Pepperdine University economics professor Gary Galles adds: “Whatever level of wealth one starts at, the way to get wealthier in a market economy is not to make other people poorer but to make them better off.”

Idealism: Many assert that unadulterated capitalism is too idealistic. Unfettered markets and unrestricted competition sound good in theory, but those ideas are just too unrealistic; perhaps they were appropriate two centuries ago, but in today’s complex world, they are simply unworkable.

It seems strange, however, that those who claim capitalism is too idealistic also tend to believe that they (or some group of people) have special, nearly omniscient knowledge sufficient for planning an economy.

Capitalism, on the other hand, rests on the realistic presupposition that knowledge—both individual and collective—is severely limited, and that society functions best when individuals make decisions for only themselves.

Fix contributor Joseph S. Diedrich is a student at the University of Wisconsin-Madison. He is also Director of Operations of Young Americans for Liberty at UW, and a columnist for Washington Times Communities.