Expressing conservative opinions in the atmosphere of today’s college campuses hasn’t been easy for many right-leaning students.

At Boston College, students who tried to start a conservative newspaper were required to jump through vague hoops to get club funding: namely, demonstrating that the private institution needed to hear their viewpoint.

For the second time in three years, the Board of Student Organizations rejected the proposal by the Boston College Republicans to create a registered student organization for the proposed publication.

Luis Duran, president of the Boston CRs, provided The College Fix a letter of denial from 2017. The Board of Student Organizations, which evaluates applications for club recognition, said it was “unable to be convinced of the feasibility and necessity” of the proposed newspaper.

The Boston CRs are now working for the third time to found a conservative newspaper, which they hope to name The Free Press.

MORE: Rutgers requires its student newspaper to be popular to get funding

But rather than seek recognition as a registered student organization separate from the Boston CRs, they intend on making it a subdivision of the political club – thereby avoiding the bureaucracy involved in creating an entirely new student organization.

Duran insisted the proposed newspaper is necessary for conservatives students to have their voices heard on campus, “which is virtually impossible right now,” and to combat false and misleading statements from what he considers the more left-leaning student newspapers. 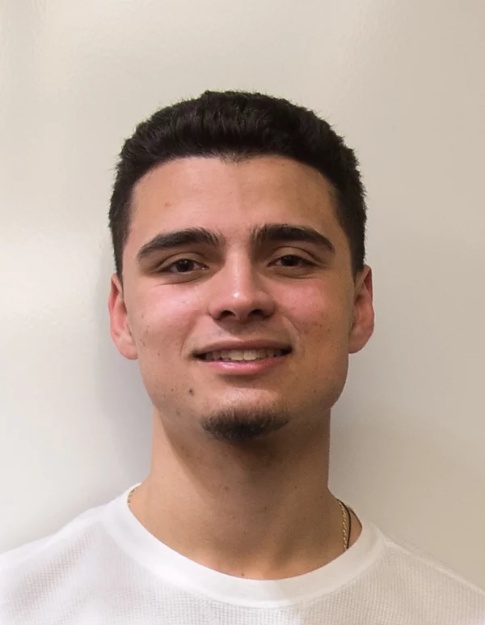 A “small, but loud and influential portion” of the student body controls much of “the rhetoric and political atmosphere at our school,” Duran (left) wrote in an email: “In short, any conservative statement could get you called a racist, misogynist, or any other variant of this type.”

The college told The Fix that the proposal this past academic year did not meet two of 11 criteria required for club recognition. Both cited criteria, however, appear to give wide latitude to the Board of Student Organizations to interpret.

The Foundation for Individual Rights in Education, which gives BC its worst speech-code rating, declined to comment on the dispute. The Student Press Law Center did not respond to queries.

‘Virtually all’ conservative students are ‘silenced out of fear’

The proposed conservative newspaper faces unusual challenges because it can’t point to BC funding other publications with different viewpoints.

The two highest profile student newspapers that cover the college are The Gavel and The Heights. They are institutionally independent and neither receive college funding.

The Gavel initially received its funding from the Center for American Progress, a progressive think tank, and BC’s College Democrats chapter.

The Heights, founded in 1919 as Boston College’s first newspaper, became an independent organization in 1971 in order to be “politically independent forever.” It maintains close relations with the college, however.

Duran believes both have slandered conservative students. For example, an article in The Heights from 2019 is titled: “Boston College Republicans To Host Speaker With History Of Islamophobic Comments,” referring to The Daily Wire’s Andrew Klavan.

The article cites Klavan’s comments from a video criticizing the concept of Jihad, through which “a Muslim attempts to rise to a higher plane of consciousness by slaughtering non-believers, raping their women, taking over their civilizations, and persecuting and oppressing them until they’re all dead.”

It also quoted Duran as saying the club invited Klavan to speak on “his views on freedom, happiness, and conservatism,” in a talk that was entitled “The Art of Being Free.”

“[W]e received enormous backlash” and a loud protest that impeded Klavan’s speech, Duran said. Students “danced and pounded on the walls,” and members of the CRs executive board “had to be escorted out by the police for safety reasons.” One video of the event from Young America’s Foundation shows protesters shouting: “No hate, no fear, Muslims are welcome here.”

It’s incidents like these and the “negative implications and consequences of such accusations,” that result in “virtually all” conservative students on campus to be “silenced out of fear,” he claimed.

Creating their own conservative newspaper would allow them “to respond to some of this slander, as well as allow us to explain our reasons for inviting certain speakers and having certain events,” he said.

Running a full-fledged conservative journalism operation will require significant outside funding, according to Duran. If they can’t get that, “we will require funding from BC, which we are unlikely to get.”

Newspaper would ‘duplicate’ the College Republicans?

The Office of Student Involvement, which oversees the Board of Student Organizations, did not respond to Fix inquiries. But Ed Hayward, senior associate director of university communications, provided The Fix a statement.

“The students on the board denied the application because the proposal failed to meet two of the 11 required criteria listed on the application itself”: The organization would simply “duplicate an existing organization, the College Republicans,” and “the limited resources of the Student Activity Fee cannot support funding student publications.”

While it said The Heights and The Gavel “do not receive such financial support and are not registered student organizations,” the statement did not say whether they had previously applied or would have been treated the same as the proposed conservative newspaper. It’s also silent on whether the student government formally bans the funding of student publications.

When the College of Charleston’s student government cited “duplicate” as the reason for rejecting a club’s application, the club sued the college for its allegedly unconstitutional “system of unbridled discretion” that “contains no objective, viewpoint-neutral criteria.” (That college is public, unlike BC.)

Duran himself does not attribute the club’s difficulty in procuring funding to any “bias against conservatives,” but simply in the difficulty for “any number of projects” to acquire funding at BC.

Should they find such funding for The Free Press, Duran said it aims to cover “accurate and factual news ranging from politics to sports and everything in between.” He wants the news side of the operation to be “free of bias” and simply give “an account of the facts.”

The editorial board will use guidelines and criteria such as “coherence, grammar, relevance” to decide what to publish.

But where the paper will truly give like-minded peers a voice is in the opinion section, he said, anticipating many article submissions from campus conservatives.