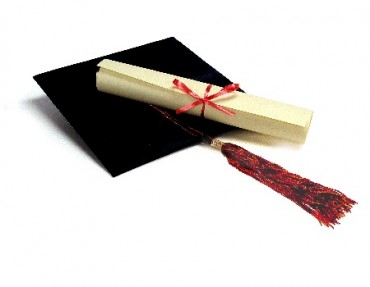 At first glance, Dale Stephens wouldn’t seem destined for success. He is, after all, a college dropout.

Of course, he’s also the recipient of a $100,000 grant for his project, UnCollege. And later this week, he hopes to close a book deal.

“It’s going to be a practical book about how to gain the skills that aren’t being taught in school but are requisites for success in the 21st century,” Stephens said.

Stranger still, it’s likely that none of his successes would have been possible if he had stayed in school to earn his degree.

Stephens is part of the Thiel Fellowship, which awarded $100,000 grants to 20 young people who wished to pursue innovation and entrepreneurship—as long as they agreed not to continue their studies  in college. The fellowship was created by Peter Thiel, a venture capitalist, Facebook investor, and supporter of libertarian causes. Thiel believes higher education is a bubble waiting to burst—owing in part to its exorbitant and ever-increasing costs—and was eager to see what young minds could accomplish when liberated from university culture.

Stephens is one such mind.

“I was frustrated with my college experience,” he said. “There were smart people with good ideas, but they were writing research papers, not changing the world.”

His frustration led him to quit Hendrix College, a private liberal arts college in Arkansas, and join the Thiel Foundation. The first idea he pitched to the foundation—plans for a low-cost transatlantic airline—was rejected. But UnCollege, a program launched by Stephens to promote alternatives to traditional education, was a perfect match for the Thiel Foundation. He joined the 20 Under 20 program in April.

“The application consisted of two questions, the first being how do you want to change the world, and the second being what’s one thing that you believe that nobody else does?” he said.

Now Stephens promotes UnCollege full time. His goal is to show people that a college degree isn’t the only path to success. For many people, it may even be the wrong one.

“The options aren’t simply go to college and get a degree and a job, drop out and become the next Mark Zuckerberg, or relegate yourself to the life of working at McDonalds,” he said. “You can lead a happy, productive life and contribute to society without that stamp of approval.”

Stephens has data to back up these assertions. He cites Academically Adrift, a recent book showing that one in three students are no demonstrably smarter after four years in college. It’s no surprise, then, that a staggering number of graduates are doing jobs that do not require a college degree.

“College is not preparing its graduates for success,” he said. “You need an actual education to thrive, and you aren’t finding that education in school.”

Thanks to the Thiel Foundation, Stephens has an extra $100,000 to spread that message.  But what he has really been thankful for is the increased credibility that came with joining the program.

“For me personally, the biggest thing that receiving the fellowship has done for me is given me a level of brand recognition,” he said.

UnCollege’s message isn’t a popular one with government policymakers. The Obama administration, for instance, would like to boost college graduation rates substantially. But with tuition costs skyrocketing and graduates failing to find jobs, higher education skeptics like Stephens and Thiel may just be the voices of reason in the great debate over what to do about American colleges and universities.