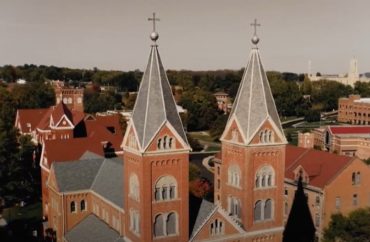 Benedictine College has implemented a successful program to combat pornography use by students.

The liberal arts school, located in Atchinson, Kansas aims to prevent pornography use, offer support to students with an addiction and encourage chastity, the dean of students recently told The College Fix.

“Pornography is ubiquitous in our culture and the statistics for those who have been exposed to it prior to college or who are viewing it regularly are staggering,” Dean of Students Joseph Wurtz said. “For those of us who believe that pornography is a problem of epic proportion, we are doing our best to care for our students,” Wurtz told The Fix via email.

The effort began in 2018 when Benedictine formed a committee of counselors, religious leaders, and residence life staff to form a strategy to combat pornography usage among the student body.

The interdepartmental endeavor also includes presentations on addiction and accountability, recovery groups, student and faculty training on how to promote chastity, Mass and Confessions dedicated to addressing pornography and free Covenant Eyes memberships for students.

Wurtz told The Fix that the school gives out 200 Covenant Eyes subscriptions, free of charge, to students each year. The software program monitors Internet content and reports usage to an accountability partner and is popular among people trying to break pornography addiction.

These options are promoted primarily through the offices of College Ministry, Residence Life and the Counseling Center.

The Catholic college’s work has drawn the attention of a national Catholic education organization.

Reilly warned that pornography can be a distraction from studies and campus life.

“Pornography should be a national concern,” Reilly said, “but Catholic colleges especially can lead the way.

“It’s the right thing to do,” Reilly said.